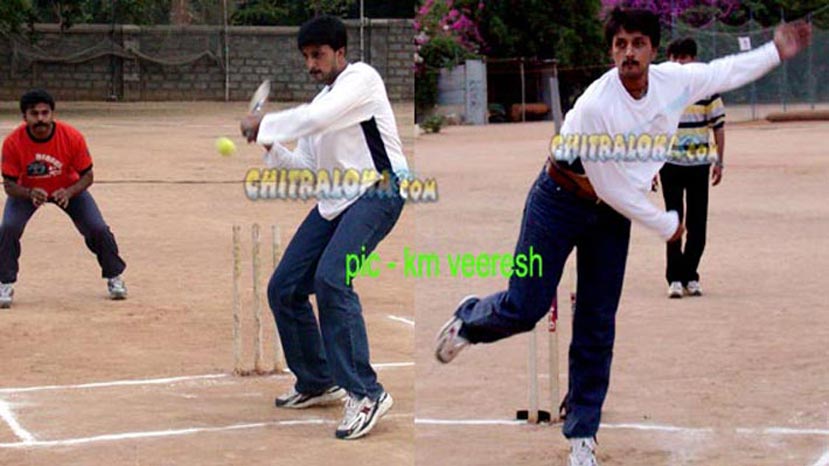 Sudeep is not just an actor but he is a very good sportsman. Sudeep's dream was to become a cricketer for which his family members objected. But sporting sprit was always in his blood. Whenever time permitted Sudeep would play cricket and badminton. Sudeep is a good badminton player. During Indrajit Lankesh directed Huduga Hudugi movie, the director had organised a badminton tournament. Sudeep was the main attraction. The movie's website designed by Chitraloka was inaugurated by Sudeep there.

Many times I have gone to palace grounds where Sudeep was playing Tennis ball cricket. Gradually he started building his own team. Now everyone knows what is CCL. Ashok Kheny supported Sudeep’s Karnataka Bulldozers.'

When the first CCL tournament started Sudeep and team members took it little lightly in the beginning. Once they went into the ground then they realised the seriousness of opponent teams. Sudeep and team started planning and took the game very seriously and became the Runners up in the first CCL tournament. The crowd really enjoyed the matches. When Suvarna News wanted Sudeep's interview about cricket he got all his team members to come to KSCA for the interview. That’s the captaincy! 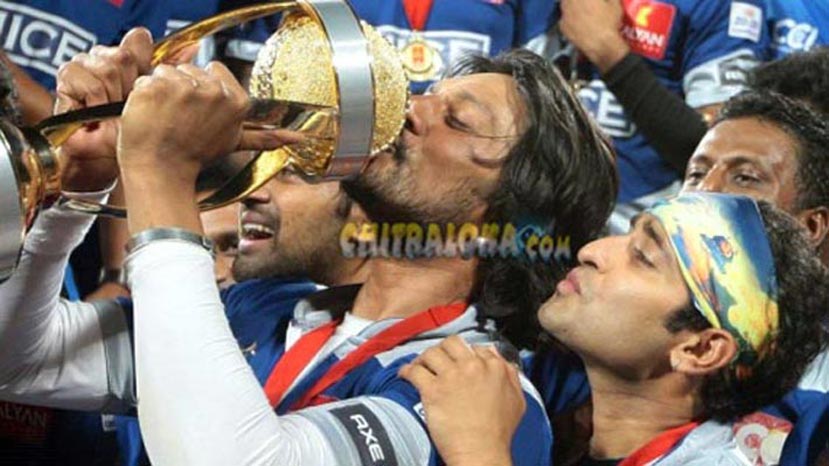 In the Second tournament luck was not completely in favor of Sudeep. Again they became the Runners up. In the 3rd tournament Sudeep and team started playing carefully and the game plan made the team to emerge as winners. They won the next season also.

Now Sudeep’s Rock star team has entered the KPL tournament. This is the only film team playing with real cricketers. On the 41st Birthday when I was there at Sudeep house, his father Sanjeev was telling "Whenever Sudeep goes to batting everyone wants him to score runs but I wish him to get out as soon as possible. I keep advising my son always wear a helmet whenever you go out to bat or when keeping behind the wickets." 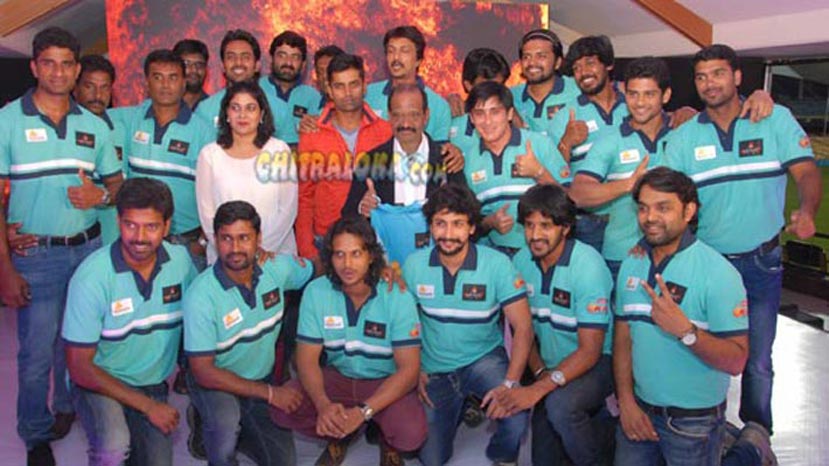 When I met him in Mysore during the KPL matches, Sudeep, said, "All of you (film actors playing cricket) wanted to be cricketers in real life. But because of family pressure or other reasons, we could not realise our dreams. But even if we cannot play for Karnataka or India, it is great to be playing a real professional tournament alongside those who have played for Karnataka and India. We may not win matches, but we will win hearts. In the first meeting of the teams, I said this very word to all the professional cricketers there and they were happy. Not one of them thinks why should film people play professional cricket along with them. They take care of us and sometimes you will even see the odd loose ball given to us deliberately. They love us as much as we love them. We have become great friends; the actors and cricketers. Playing KPL is our contribution to Karnataka cricket. If a few more audience comes to the grounds to watch matches because of us, our efforts are paid for. We are not playing for money. We are fulfilling our dreams of playing cricket."