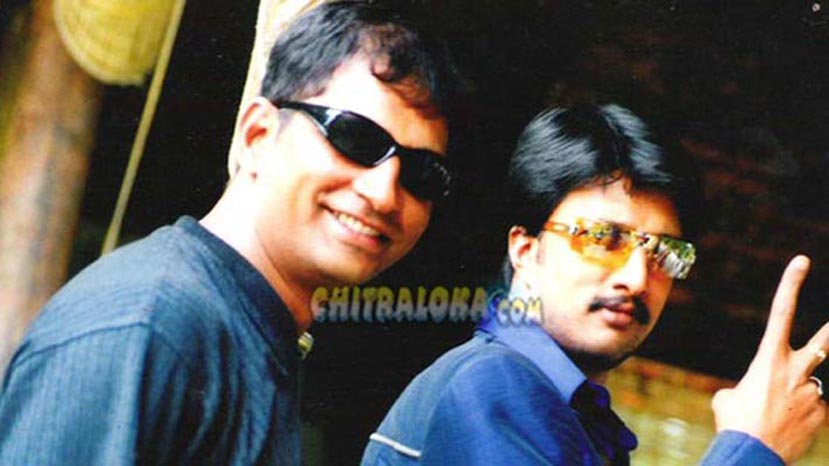 Sudeep's first cameo role was in Thuntata. He agreed to this role because of Indrajit Lankesh and he were close friends. Not known to many people is the fact that the two play badminton together when ever time permits.

During the success party of Swathi Muttu, Sudeep had said that luck plays a vital role for success of films. The gist of what he said, was, "Luck is what is required during the release of a film. If you take my career there are no disastrous flops. Vaali, Chandu, Nandi, Dhum, Kichcha did not bite the producers. Film like ‘Huchcha’ ran very well in the second run also. We have to tackle the problem of theaters and in addition to it the publicity for our films has to be up to the mark. We cannot get audience to our films by holding protests. I tell you once again I have not come here to become a star but to become an actor. I believe this would be made with all care and attention. But there is nothing in front of ‘effort’."

Many of the Sudeep's movies had their press meet at Hotel Sarovara. This is the place many film persons wanted to shoot in since it was considered lucky for films. Several of Dr Rajkumar's movies had been shot there. Even if not for a lengthy scenes at least one single scene would be shot at this lucky place.

Hotel Sarovar was a bar and restaurant. Next to the building there was huge lengthy corridor. Normally Sudeep's movie press meets was organised there. But for the movie 73, Shanthi Nivasa, the press meet was in a different style. Sudeep had invited the media after getting the censor certificate for the movie on 15th May 2007 The Sarovar corridor was in an ethnic look. Art director Arun Sagar and Suresh Raj had created the venue according to the taste of Sudeep. Shanthi Nivasa turned out to be a thumbs up for all artists and technicians who were so appreciative of the talents, humility and large heartedness of Sudeep and his entire family members. Sudeep close friend Arun Sagar who was playing a significant role in that film had said that Kannada film industry needs more people like Sudeep to elevate it to higher standards.