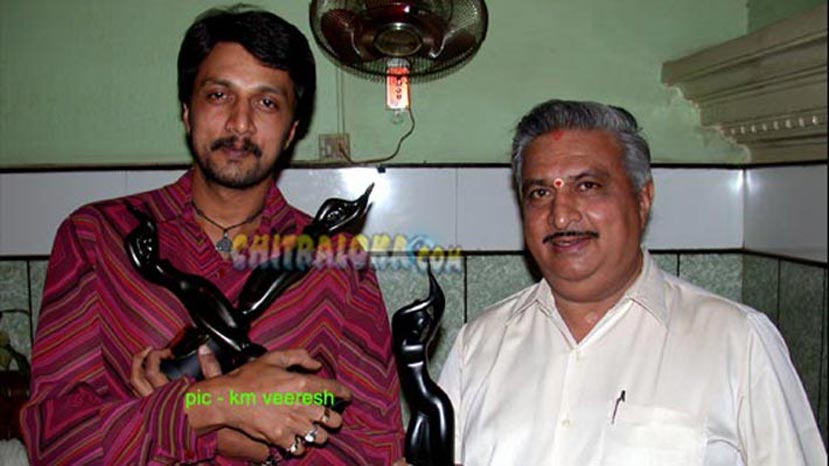 The next time I met Sudeep when shooting was during the making of Pratyartha. We had gone to Lalith Mahal palace in Mysore to cover the shooting. Once again here, it was Ramesh Aravind and Raghuvaran who were in the limelight. Moreover it was a Sunil Kumar Desai movie and the director was himself a big star.

At Roopatara magazine, it was decided to feature Sudeep and Rekha. I called up Sudeep and asked for the photo session at my studio. Sudeep immediately agreed and requested me if he can ask Sudharani to join us for the photo shoot. I said yes. My studio at Subramanyapura was not a big one but luckily I have clicked photos of many celebrities there. 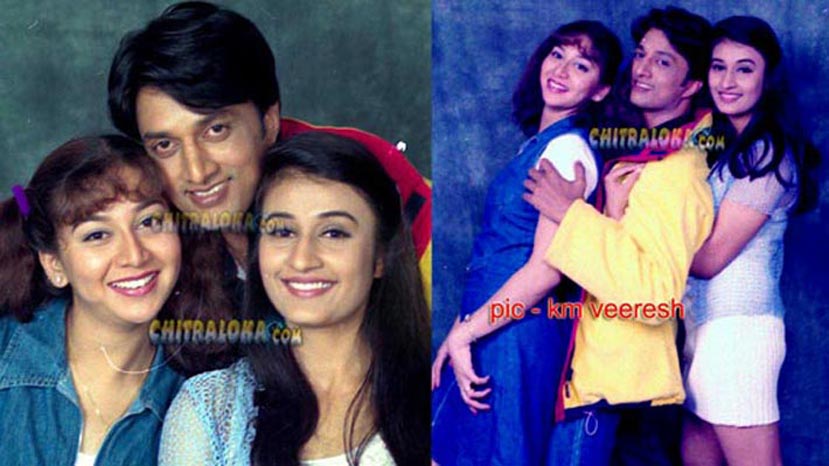 Sudeep and Rekha arrived on time. I asked Sudeep where the costumes were. He took me outside. I was shocked to see a bus standing in the road. He told me that was the bus which was carrying the costumes of all the artists of the movies. Since he wanted me to select the costumes he had asked the bus to come there carrying all the costumes!

Sudharani joined the shoot. We did the photo shoot for nearly five hours and again there was a very good coverage in Roopatara.

Sparsha released and was going well at the box office. But at this point of time, De Rajkumar was abducted by Veerappan. The film industry activities was halted for three months. When the activities resumed Sparsha got back to theatres but had lost its momentum. But Sudeep got good appreciation for his work in the film.