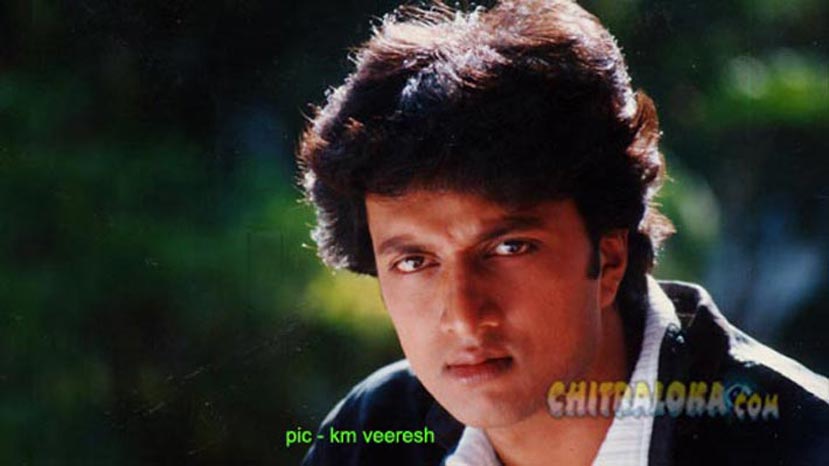 It was sometime in 1997. I was in Sri Kanteerava Studio to cover the launch of the movie Brahma. At the muharat of the film, Ambareesh and Ahana were the main attractions. I, along with other photo-journalists, was busy with capturing all the important moments of the muharat. There was nothing unusual about the whole thing.

A few days later I was at the Kanishka Hotel in Gandhinagar. The shooting of the same film Bramha was underway there. A tall young lad was sitting among the cast. The producer, who saw me on the shooting spot, took me aside for a chat and then introduced me to that young man who had already caught my attention.

The young man, said 'Hi' to me and  immediately I noticed that his voice was something different. I enquired about him with the producer. That producer was Shantha popularly known as Kulla Shantha and that young man was Sudeep.  Shantha told me that this actor's father was Sarovar Sanjeev and Sudeep was the leading man for the movie Brahma he was producing. Hotel Sarovar was a well known place and it was one of the places where movie related press meets were held.

After this first meet, I met Sudeep again when the film was in progress,  but there was not much interaction. Unfortunately, the Bramha movie project had an abrupt end and shooting stopped due to the producer's financial problems. I never met Sudeep or heard about him till one fine day when history was made. 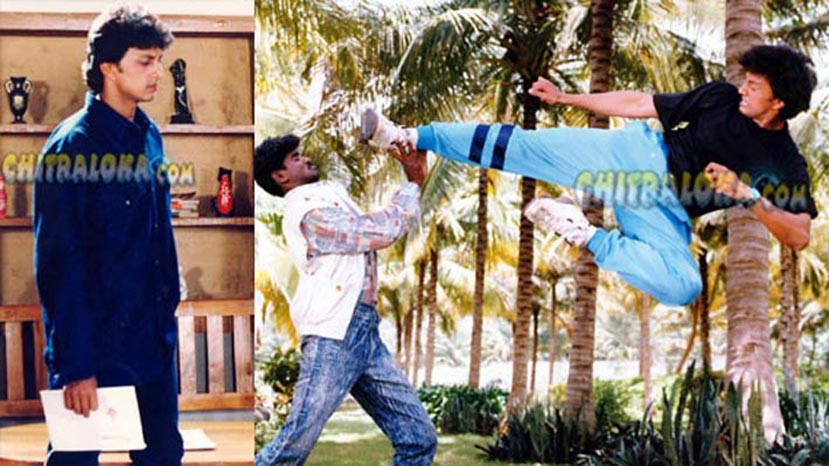 The legendary producer, Abbai Naidu started a project titled Taayavva. All his film titles started with 'ta' usually 'taayi' (mother) or 'taaLi' (mangala sutra). From his film titles to the film production logo, Abbai Naidu gave iconic images to films he made. This was to be his last film before his death and probably the producer who launched famous names including Vinod Alva and Charan Raj did not know that he was launching his biggest star yet! The real surprise of the film was when Sudeep was introduced as the leading man. I met Sudeep and congratulated him. From this time onwards, my interaction started with Sudeep has been constant. We are on first name terms ever since. I call him Sudeep and he calls me Veeresh!

I was the photographer for the popular film magazine Roopatara at this time. I wished to introduce Sudeep to the readers in a big way and called him for a photo shoot to which he readily agreed.

But there was a unique problem that I was aware of. Sudeep was still a new comer to the industry. No magazine would give any extra coverage to a new comer than was standard. The standard was one photo and a small write up. Sensing this I had informed Sudeep that I was asking a well-known actress to join for the photo session. Sudeep was happy. I requested a popular heroine to be part of the photo session with Sudeep. To my shock that actress rejected to pose with a new comer! I had held the photo session of the same actress when she had entered the film industry! But her attitude was surprising to me. Since she had acted with popular screen heroes, she was now averse to even pose with a newcomer. I had already informed Suresh Malya, who was looking after Roopatara that I was shooting photos of Sudeep with the heroine and he had agreed. If I took solo photos of Sudeep to him the coverage would be the 'standard' single photo! 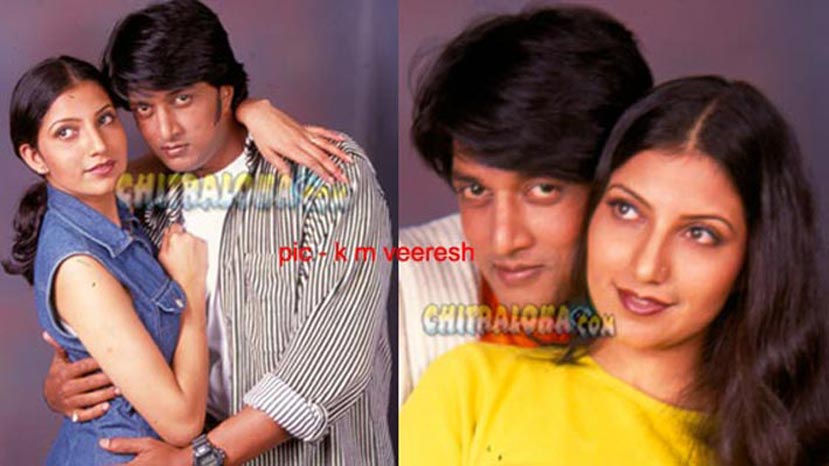 Immediately I called up another actress who was also popular and had acted in a couple of movies. She happily agreed to join the photo shoot with the new comer. I knew her from her first film and had taken photos of her since her first film. That heroine was Bhavana and her first Kannada movie was Ne Mudida Mallige. She was introduced to films by Kodlu Ramakrishna along with Niveditha Jain.

After the photo shoot the coverage was published in Roopatara. Sudeep called and thanked me.

Recently, when Sudeep was shooting for Maanikya at Hyderabad he injured his hand. I had called him to ask about his injuries. Sudeep said the injury to the hand was noting compared to the memories of a heroine who had rejected a photo session with him in the early days of his career. Sudeep had not forgotton that incident even after 16 years!