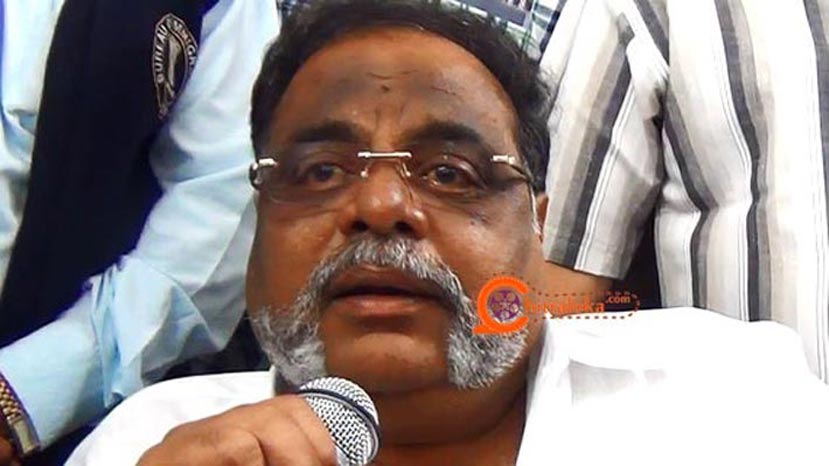 In mid-air Mahadev Swamy went twice to the business class to check Ambareesh. On both the occasions, he returned to say 'Sir is sleeping.' I was waiting with patience hoping still could capture something on my camera. Time was running out and in the 20 minutes the flight was to land in Bangalore. Once the flight landed in Bangalore I knew it would be difficult to talk to Ambareesh since his fans and all the media would be there to welcome him. I took my video camera and walked in to the business class which I knew I was not supposed to enter. I saw Ambareesh was awake and was looking out of the window. I started filming him. The air-hostess was objecting saying I was obstructing her field or something like that. I din't not really understand what she was saying. With the camera still rolling I turned back. She was saying she wanted to move and I was obstructing her! I just needed a few minutes of video. 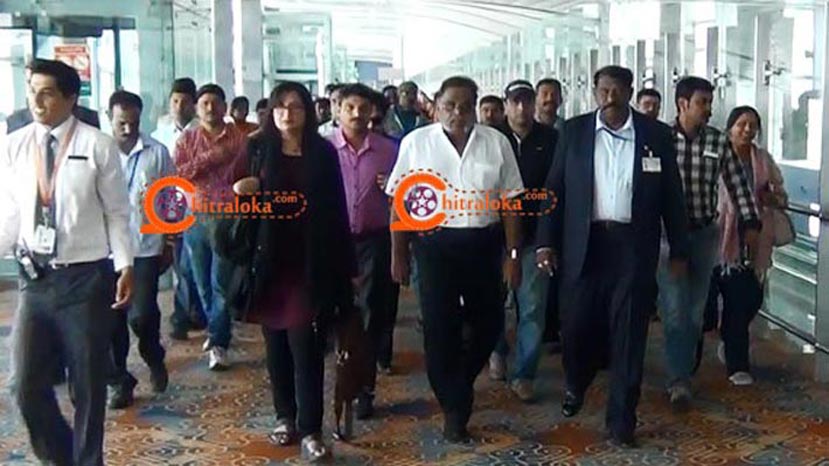 By now, Bangalore was visible from the air. In a few minutes would be landing at the Kempegowda International Airport. I came back to my seat and switched on my mobile. Again this was not allowed supposed in flight!

I attached the video files to office WhatsApp and was waited for the mobile signal. Once I got the signal but the file was not delivered. I waited for a stronger signal. When I got it I pushed the button and the luck was on my side this time. The file was sent to office.

The flight landed in Bangalore and after 42 days, Ambareesh and Sumalath touched Bangalore home ground. I started requesting passengers to leave space for me to go outside urgently and they obliged. Police officers came rushing to greet Ambareesh. I started capturing this with both my video camera and from my mobile. I started sending files to office from my mobile without checking how good or bad it was.

Since immigration has to be cleared Ambareesh took a seat in the Airport. One person from the group had taken everybody's passport for the clearance. I thought this was the best time to get Ambi to talk. I fixed the mike to the camera and asked a person to told the mike. Ambareesh himself took the mike and started talking and tears were rolling in his eyes sensing that everyone was emotional there. Police officers in mufti were telling Ambareesh that many fans including media were waiting for him outside. Ambi spoke for five minutes and left. Packing my equipment, I rushed for my immigration clearance and luckily it was cleared in a flash.