I watched Panchatantra and was bowled - KM Veeresh 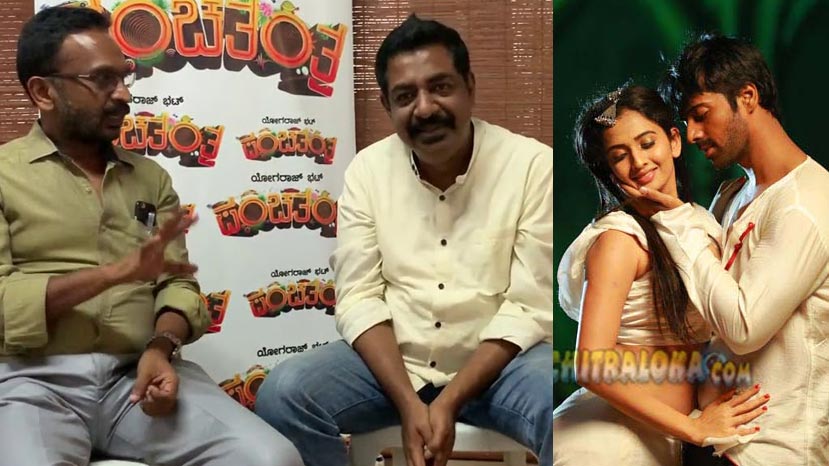 The post production work on Panchatantra is underway. The shooting was completed sometime ago and the editing has also been locked. Some graphic work, background  score and other works are underway.

At this juncture, I got the opportunity to watch some portions of the film. It is stunning to say the least. This is the first film of Yograj Bhat that is not completely a romantic film. Most of his films have romance as the basic subject. In Panchatantra  the subject is sports and action though there is a romantic angle also. The action portions I watched were some of the best I have seen in Kannada films.

These are not the regular fights between hero and the villains. The action is more on the dirt tracks. Race car zoom across in a thrilling encounter which is to be seen to be believed. The pulse-racing adventure has been brilliantly captured and choreographed. It is a thriller and adrenaline pumping feast.

When I interacted with Yograj Bhat after watching the film's scenes, I was wonder struck by how passionate he still is about every aspect of the film making process. Most fans are addicted to the lyrics he writes for his own films and those of other films. He has made 14 films in 14 years. It is just one film per year. That means, fans have to wait a long time for every new offering. That is because he invests so much time and effort in each film he makes.

For Panchatantra he took the story from his team. He usually writes the story for his own films but has given a break to that this time. Panchatantra, from what I have seen so far, is quite unlike any film of Yograj Bhat or for that matter most films in Sandalwood.

For starters it is one of the rare films on sports in Kannada. We have so many films on sports coming in Hindi in recent years. Stories of real sportspersons are being adapted to films frequently. That is missing in other language films in India. Though Panchantra is not about a real sports person it is about a sport that is not often featured in films.

The film required a great deal of help for professionals of motorsport. You cannot just bring a sports car driven on dirt tracks and put an actor into it and start shooting. I could only imagine the effort gone into making these portions of the film. Speaking to Bhat, I realised that the effort was much more than I imagined. There are very interesting stories about the making of the film which I will reveal regularly on Chitraloka.com.