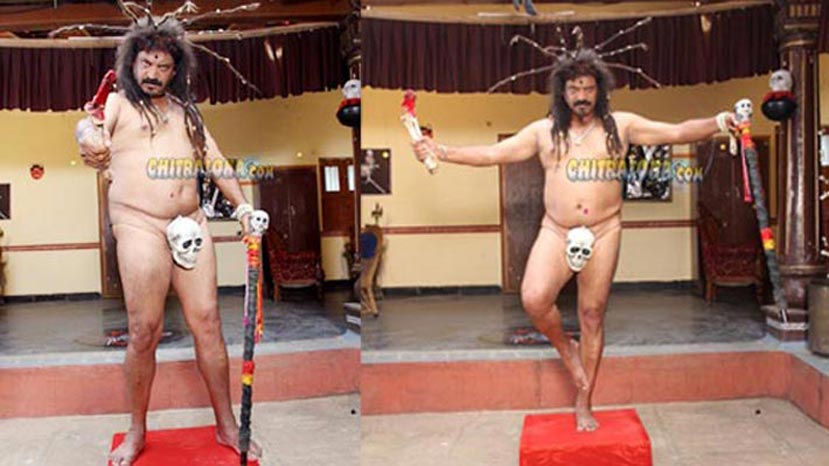 Just a week after Amir Khan's semi-nude poster from his new film 'PK' is creating a lot of buzz among the film goers, a similar kind of poster is doing rounds in Sandalwood from Thursday morning. This time it is actor Shobharaj who has posed semi-nude for 'DK' starring Prem in lead role.

Shobharaj's semi-nude photo from 'DK' is very similar to that of Amir Khan's 'PK' and comparisons are being drawn between the two photos. Many are even claiming that the makers of 'DK' might have got the inspiration after seeing Amir's poster from 'PK'.

However, Prem rubbishes such claims and says that Shobharaj has gone semi-nude because the role wanted such an action by the actor and it was not a cheap gimmick to get publicity.