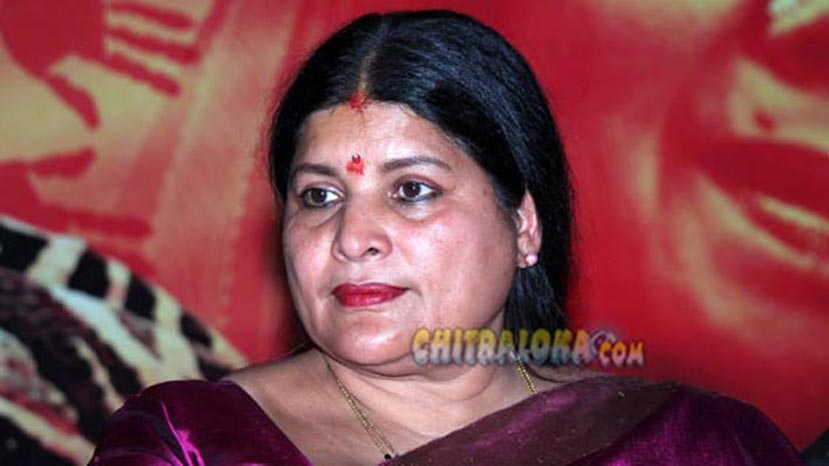 Former president of Karnataka Film Chamber of Commerce and senior actress Jayamala, who was among the eight Kannada film personalities to be felicitated during the last day of 100 years of Indian cinema celebrations today in Chennai may have to miss out. This is because, the organisers have given the Sandalwood team only 20 minutes on stage. During this 20 minutes, top Kannada stars have to give an entertainment programme pluse felicitate eight seniors including Parvathamma Rajkumar, Bharathi Vishnuvardhan, Rajendra Singh Babu, Ambareesh, Dwarkish, Ravichandran and Veeranna Chitramandira among others.

Jayamala was one among them. But to accomodate everyone, one name had to be dropped and therefore Jayamala is in line to be chopped from the list, sources say. She could have been feliciated on the second day itself along with the 49 others, but considering her seniority, it was decided to felicitate at the grand final even. Now, it looks like she will have to keep away from stage all because the Tamil Nadu Government has taken over the celebrations which was supposed to be organised by the four south Indian film industries.

I Want To Be a Kannadiga Says Kamal

Will the Centenary Celebrations be Grand Successful?