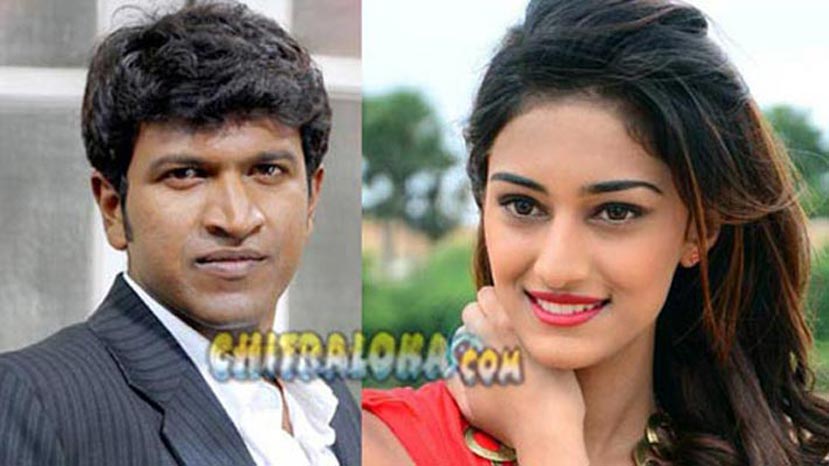 Erica Fernandes a Mumbai based model has been roped in to play the female lead in Puneeth Rajkumar's 'Ninnindale' which is all set to be launched soon. 'Ninnindale' is being directed by Jayanth Paranje and is being produced by Hombale Productions. The film was announced few months back itself, but the film's launch was delayed as Puneeth was busy with the second season of 'Kannadada Kotyadipathi'. Now that the popular reality programme is concluded, Puneeth has given dates for the film which starts from the second week of August.

Though the full star cast and the technicians list has not been finalised so far, Erica Fernandes had been said to be selected for the heroine's role. Erica has carved a niche for herself in pageants from 2010 and has won the Pantaloons Femina Miss Maharashtra 2011. She is also currently working in films in Tamil and Telugu.