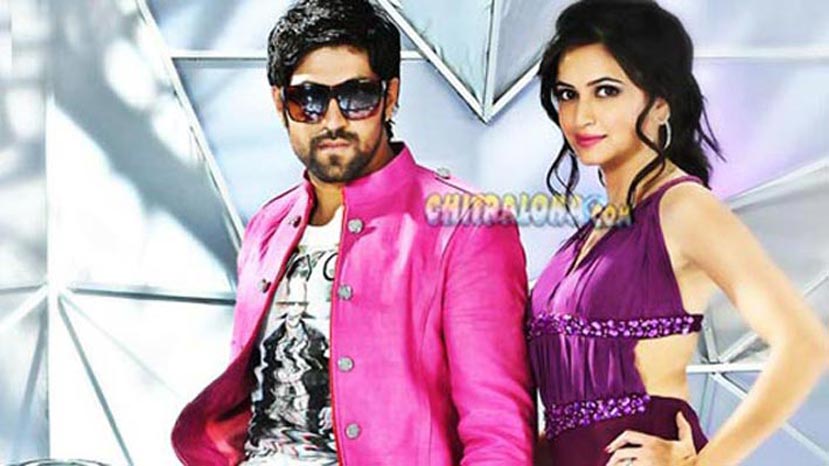 Last week's release Googly is set to become the highest grosser in the career of Yash. The film has taken a humungous opening at the box office and current estimates suggest that the film will collect around Rs 7 crore gross in around 100 theatres between July 19 (the day it released) and July 22. This will be the highest gross for any of Yash's films till date. The film has collected Rs 4.5 crore in the first four days between Friday and Monday.

The film's satellite telecast rights have been sold for Rs 2 crore. This means that at the end of the first week, the film would have made a total collection of Rs 9 crore, which will compare favourably with collections of films of big stars like Darshan, Puneeth and Sudeep.

Sandalwood is unanimous in its opinion that Yash has joined the big league now. Googly has the second highest collection in the first week after Darshan's Bulbul. Producer Jayanna, said that he is very happy with the collection reports and even he did not expect it to be so huge. The film has got favourable reports and therefore the collections have remained steady even after the opening weekend.