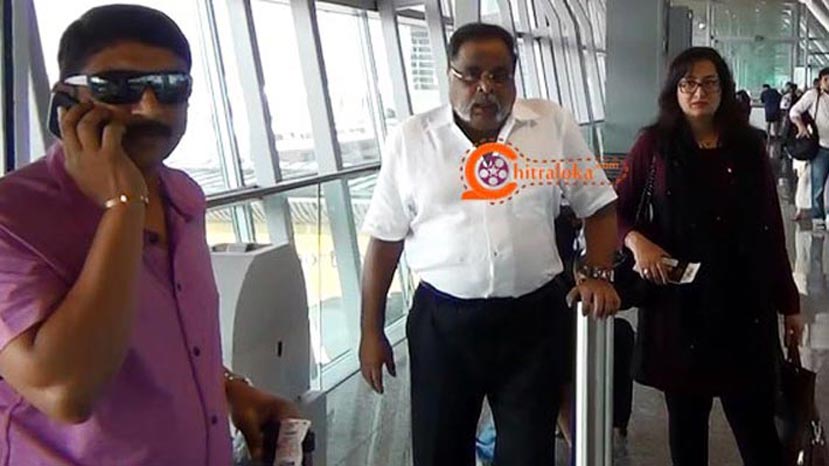 Sanjeev had told me the previous night that Ambareesh would be coming in KLIA train. To reach KLIA from my hotel takes nearly 25 minutes. I checked out of the hotel and reached KLIA around 7 AM and waited for Ambareesh to come. I got my boarding pass and requested the authorities there to give me a seat as close to the front as possible. Luckily I got the 8 B seat. I had not taken any extra luggage so there was no necessity to put my luggage to cargo.

When ever a black car was seen my camera was ready to capture Ambareesh. But there was no signs of Ambareesh even at 8 AM. I started calling Vignesh but his mobile was switched off!

I was confused. Had Ambareesh already entered the Airport before I came here? Has Ambi taken the car and reached the Airport instead of the train?

To travel to the Airport in a car takes nearly one and half hours. But in a train it takes only 25 minutes. I decided to go to Kuala Lumpur International Airport directly and get Ambi's visuals there. I reached there by around 9 AM. My eyes was searching for Ambareesh but in vain. More doubts started bugging me. Had Ambi completed his immigration and gone inside. I had my immigration and entered H6 gate. Still no sign of him!

The gates opened at 8.45 am and the boarding time was 9.45 am. After the final check by the Malaysian airport authorities I entered the H6 gate. Many Bangalore passengers were there. With camera in hand I was roaming there. It was less than 30 minutes for boarding but there was no sign of Ambi. Will Ambareesh come or has he changed his plans? Another doubt crops up in my head. Around 9.25 am, I saw Ambareesh, Mrs Sumalatha, Vignesh and others. My camera started rolling. In my right hand was a video camera and in my left hand I was clicking photos from my mobile phone! 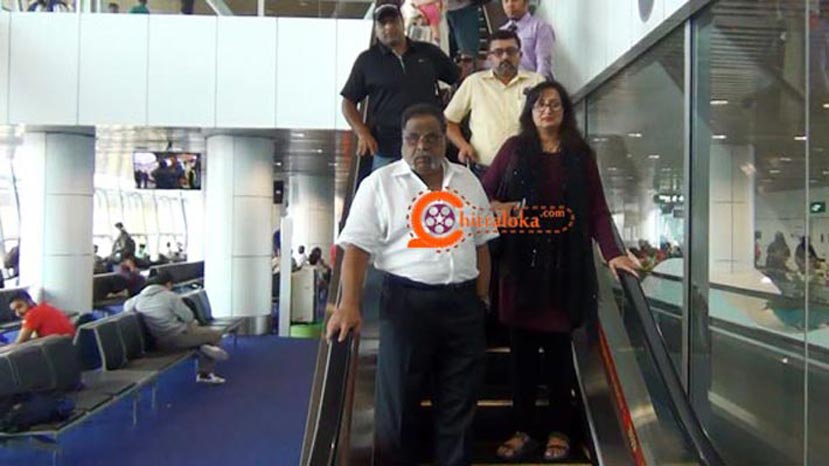 Seeing me Ambareesh asked what time I left the party. I told him. Vignesh said he had switched off his mobile. Since Ambareesh and others had taken the boarding pass in KLIA well in advance they left home late! My plan to interview Ambareesh and Sumalatha at the airport therefore failed. 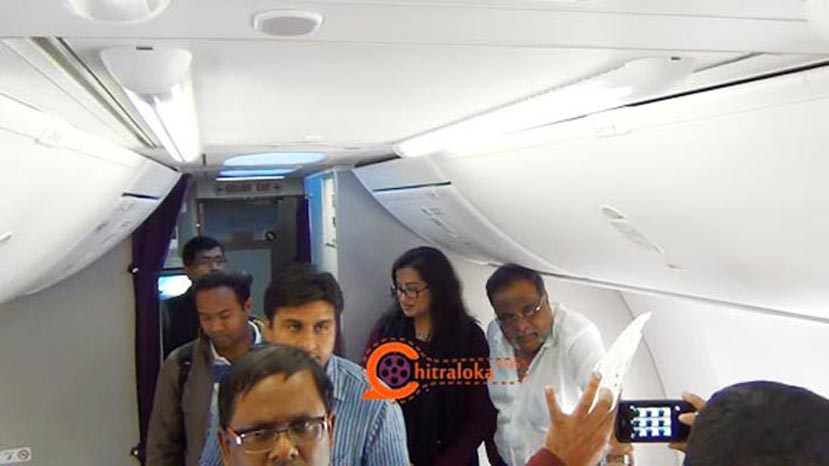 Meanwhile Suguna sent a message "can you send pictures of Ambareesh in flight"? By this time the plane was ready for take off.

I had carried two mobiles. In my Apple I Phone 5S I had Matrix sim card taken from India. They had promised unlimited internet access in Malaysia. Unfortunately the internet was not working. In the other mobile I was carrying (which was my son's actually) I had a Malaysian local SIM.

The plane started moving and I was struggling to send the files since it was logged in with my son's email. I somehow managed to send the photo files to office when the lift off of the plane had already happened.