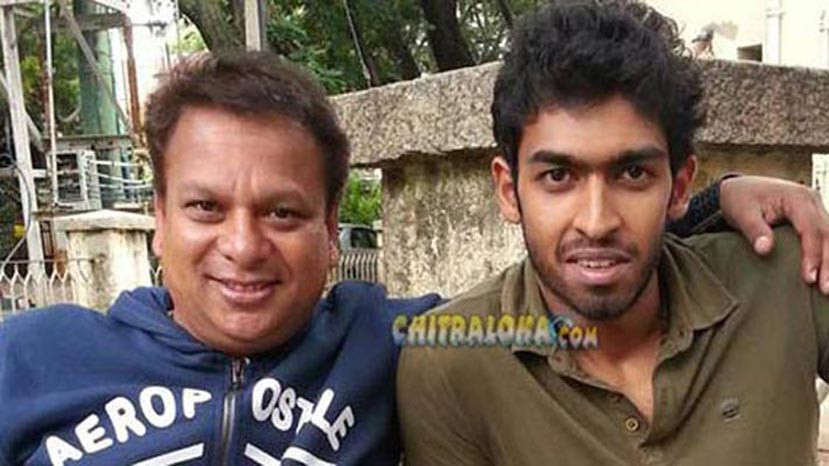 Vinay, son of Raghavendra Rajkumar has been talked as the next big launch in Sandalwood for quite sometime now. For the last couple of years, reports indicated that his debut was imminent. Some names were also talked about as potential directors. But no official announcement has been made yet. On Thursday, director Mahesh Babu, who has directed Puneeth Rajkumar in Aakash and Arasu set the cat among the pigeons by putting up a photograph with himself and Vinay and giving it the caption 'Me and my hero Vinay Raghavendra Rajkumar.' It has spread like wild fire and Sandalwood is speculating that Babu may be directing Vinay's launch vehicle. But Babu has not mentioned another word about it.

Last year, Mehar Ramesh, who directed Puneeth in Ajay, had said he is writing a script keeping Vinay in mind. But nothing more came out of it. It is still a million dollar question on who would direct Vinay first.