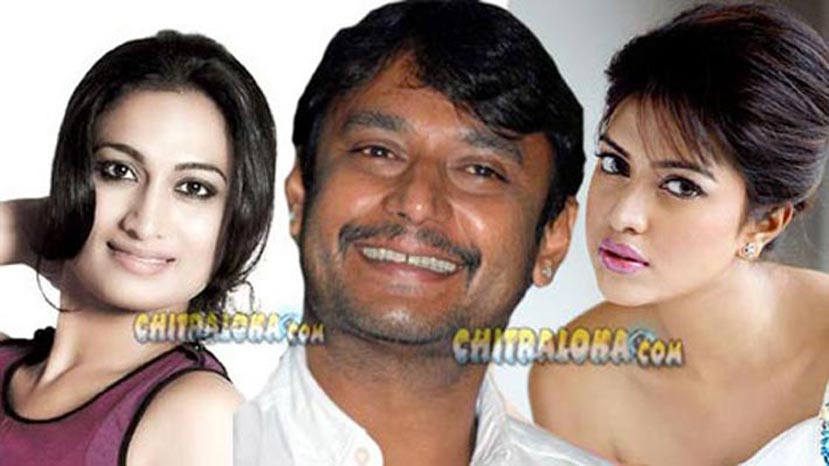 Darshan's new film Ambareesha, to be directed by Mahesh Sukadhare will have two heroines. According to sources in the film team, Shwetha Srivatsav (of Simpleag Ond Love Story fame) and Amala Paul (of Tamil Myna fame) have been approached for these roles. However they have not been confirmed.

The film team is keeping its options open as there is still over a month left before the muharat on August 15. If they find other leading ladies fit the roles, changes could be made. Darshan's films have become so hero specific that, film makers say that it does not matter which heroine acts with him. The films are running because of him.