Rajesh To Bigg Boss - Is He Fit? - Exclusive 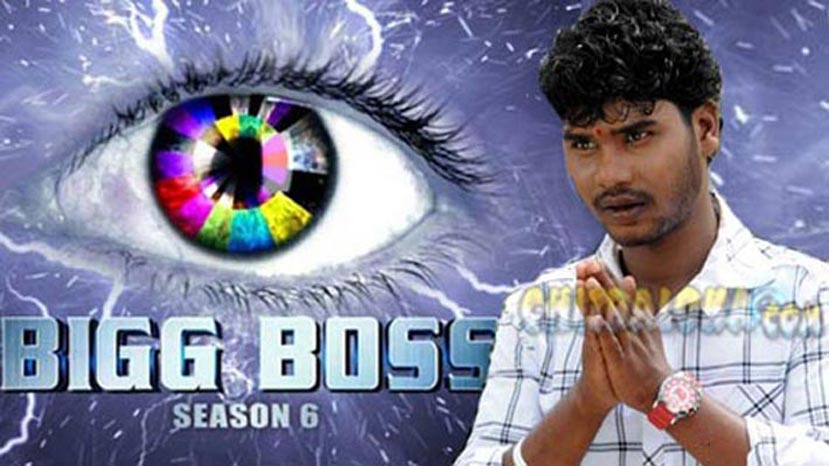 Rajesh, who shot to fame after winning the reality game show, Halli Huduga Pyateg Banda, will be part of the Bigg Boss show from today. But the biggest question is whether he is medically fit? It is a big risk and gamble that both Rajesh and BB team is taking.

First a little background. After winning the reality show more than a year ago, Rajesh, who hails from a little hamlet which is cut off from the rest of the world, never came out of the cultural shock. He was so addicted to city life that he bought a TV set for his home in the village that had no electricity in the first place. He installed generators to run the TV. Before long he had lost all his prize money and back to zero. A film that was launched starring him - Jungle Jackie - is yet to be released and for all reasons is shelved. At this point, he was mentally upset and was admitted to a hospital in Mysore for treatment. Puneet Rajkumar and Darshan rushed to his help.

Doctors had advised him continued treatment for five years for complete recovery. At this juncture he was selected as one of the contestants in Bigg Boss. Rajesh was so excited that he discontinued his treatment at the opportunity to be on television once again.

Unfortunately, the "13th contestant" did not enter the Big Boss house when it was launched. He had a fight with the camera crew and in the last minute, he was thrown out of the show. His name was also not revealed. However, after four weeks, he is back on the show and gets a special entry starting today.

Now back to the question of whether he is fit. Rajesh is determined to win the show. For him, life has become one big reality show. Doctors treating him had confirmed that he has a long way to go before understanding what is reality and what is just a show. If God-forbid, anything happens to him or he does anything drastic inside the Bigg Boss house, who will be held responsible? It is a risky choice and everyone has their fingers crossed.