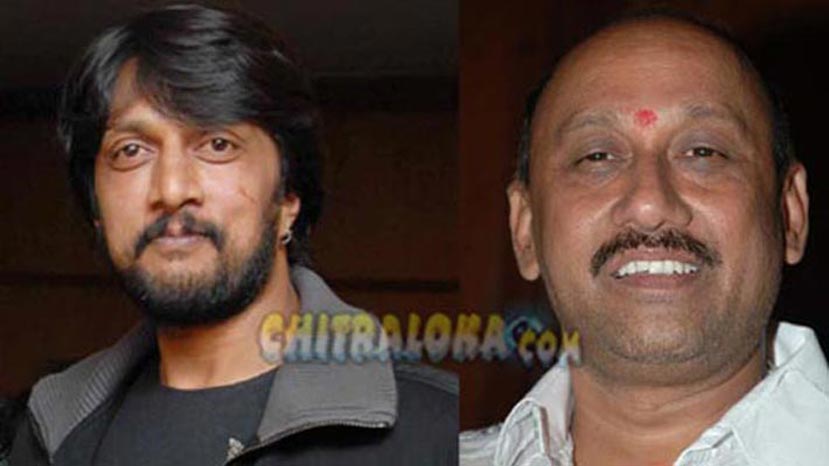 After the huge success of Eega, Kannada actor Sudeep is in demand in other industries, especially Tollywood. While we know of many Kannada producers waiting to make a film with him, we have exclusive information on one more film in which Sudeep will act in.

Sudeep is currently leading the Karnataka Bulldozers team in the Celebrity Cricket League. He will be busy with CCL for the next one month. The only film of his that is scheduled for release now is Shashank directed Bachchan. After that, no film of Sudeep has started. The only film that is certain is one for N Kumar. Director Prem and Shankare Gowda had also claimed that they are doing a film with Sudeep. Chitraloka had earlier reported that Nimishambha Chandrashekar is producing movie staring Sudeep directed by Jogi fame Prem. Later Prem came out of the project.

Speaking to Chitraloka, Chandrashekar said that the film is a bilingual in Kannada and Telugu and will be directed by Ramakrishna Reddy, who is popularly known as RK. RK has worked as first assistant to SS Rajamouli. He said that the story is ready and work on the script is going on. "We are waiting for Sudeep to complete the CCL tournament and take the decision on whose movie he will act first. Probably our movie will be taken up after the film from N Kumar productions. The title of the film is yet to be decided." What is confirmed is that MM Keeravani will score the music for the film. He is a regular composer for films by Rajamouli. Chandrashekar has produced 13 films so far and this is his first project with Sudeep. Either Tamanna or Samantha will be paired with Sudeep, Chandrashekar said.