Who Will Be Yogaraj Bhat New Film Hero? 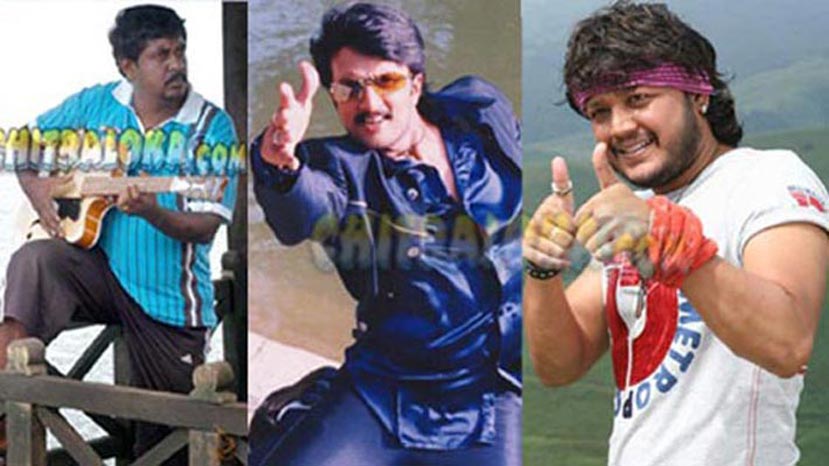 Balajji Digital Studio's Kari Subbu  and N.Kumar are on a new mission now.  Both of them will be making a film with director Yogaraj Bhat which is to be launched. But Bhatru has clearly told both Kumar and Subbu to choose the hero to enable him to continue with his script work and then pick up suitable artists later.

Though the project was finalised just two days ago, Subbu and Kumar seems to have started in quick speed to select the hero at the earliest, say sources close to the duo. chitraloka has published Yogaraj Bhat movie news on 11/2/13. They have set a deadline by February 16 for announcing the name of the hero of the project which may be delayed by a day or two.  On Monday, N Kumar met Golden Star Ganesh who was celebrating his marriage anniversary to wish him.  "They have also discussed about the film' sources said.  But one point which may weigh in favour of Ganesh is that Bhatru has made two super hits with the actor. The only factor that may undermine his opportunity is if he insists on a remuneration of more than Rs. 1 crore.

Kiccha Sudeep is too close to both Kari Subbu and Kumar. Kumar has already announced doing a film with Kiccha under the direction of Ram Gopal Varma.  Probably the duo would meet the actor and may discuss the proposal.  But considering Kiccha's busy schedule, how the product can take shape in late April is to be seen.   It would also be a good box office proposal if Kiccha and Bhatru unite for a new   film after a long gap of nearly eight years.

The other two choices are Yash and Dhruva Sarja, sources say. Yash has recently delivered a hit with Drama under the direction of Yogaraj Bhat and the hugely successful director seems to have been impressed with his professional approach.   But as earlier said Bhatru would not be pressurising the producers for hero's selection, as he feels they have to study pros and cons with a right business perspective.

Dhruva Sarja will start shooting for his second film "Bahadhdhur' from February 28, but he has not signed any new film yet.  He may be free around the scheduled launch time of the film. But it all depends on his uncle Arjun Sarja's acceptance of the project.

Subbu and Kumar have decided to leave the responsibility of making the film to Bhatru once they are on the job of selecting the hero.