Shankare Gowda Gets a Bonus 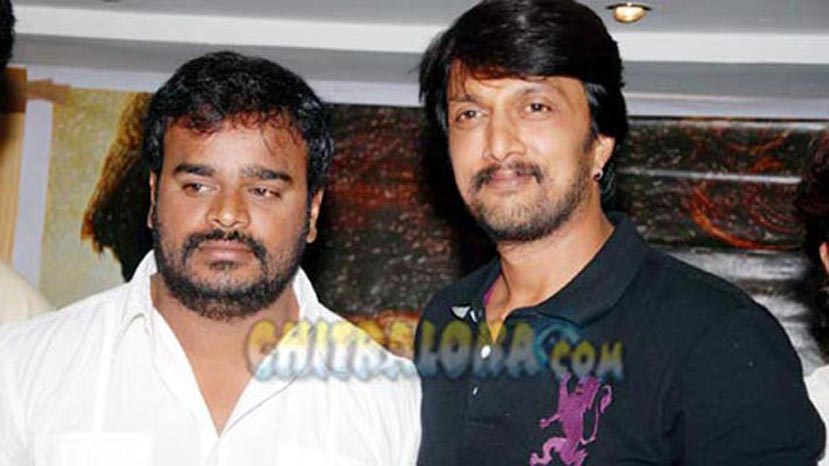 Producer Shankare Gowda who is on a peak high with the fantastic opening for his recent film "Varadaenayaka' with Kiccha Sudeep and Chiranjeevi Sarja in the lead is all set to start his new film in March.  If everything goes well for Shankare Gowda, then he may get a nod from Kiccha to start a new film in the vacant dates of March to May.

The CCL cricket competition is closing on 10th March after which Kiccha has to attend the shoot of  Kannada Big Boss in the sets at Yerawada in Pune.   Kiccha has allotted three days call sheet for Big Boss from Friday to Sunday.  Kiccha will be anchoring the Kannada version of "Big Boss' for which several stars and well known personalities are being considered as inmates.  This will be completed in three months.

Now, Shankare Gowda is looking for getting three to four days of call sheet from Kiccha to his film for which Nandakishore (actor Tarun Sudhir's brother) has been chosen as a director.

Actually  Kiccha was to start N.Kumar's new trilingual film from mid March, but it looks as if the film's director Ram Gopal Varma has clearly told that he will not start the shoot of the film till he completes the script.  He has sought time till June this year for completing the script work. Sources say that Shankare Gowda along with his partner Shankara Reddy went to Muscat along with Kiccha Sudeep for the song shooting of  "Bachchan' directed by Shashank' to have initial discussions in the matter. Sources say even his new project is delayed, he is ready to take the risk of making a film with Kiccha.

Sources say the Shakar duo has offered a big pay packet for the hero to do this trilingual film.  The Shankar duo maintain that the budget of this new film would be around Rs. 20 crores.  "It will be a huge production.  We are thinking of getting the best star cast for the film' says Shankar Reddy who made last year's blockbuster film "Adhdhoori'.

However Sudeep is believed to have thought over the matter and is looking at the pros and cons  situation.   Meanwhile, the actor has also got a few tempting offers from Tamil and Telugu producers for which they require continuous dates. It all depends on the decision taken by Kiccha.

Though Kiccha has told Shankare Gowda clearly that he will not come to the shooting spot without the bound script,  the later seems to be confident of  completing the script.  Nandakishore is working with his friends to get the correct tone of the script.  This is the big chance for the fatty young director who was a blue eyed boy of Kiccha during the making of  "Kempe Gowda'.