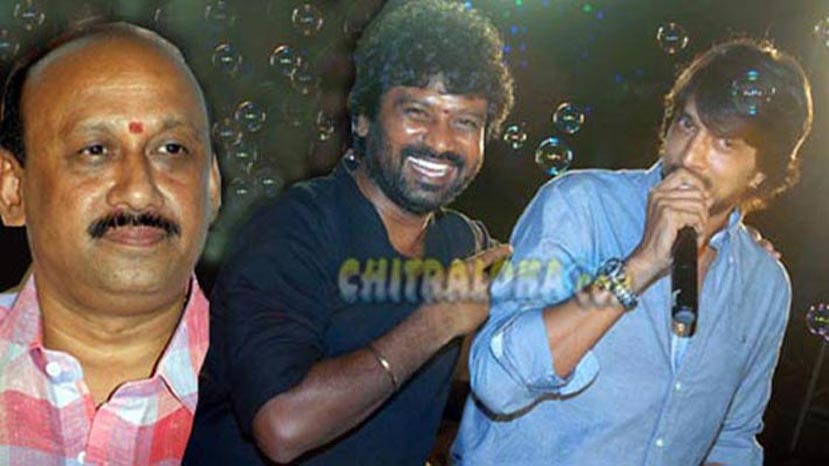 Prem ambitiously announced that he will be announcing a new film with Sudeep as the hero on the arrival of New year on 1st January at past 12 PM on midnight.  Prem announced that this film will be made in three languages and he is writing the script of the film.  Now, it has become clear that Chandrashekhar who had obtained the call sheet of Sudeep many months ago will be producer of this project.

Talking to Chitraloka Mega Portal on telephone, Chandru said that he is extremely happy to be associated with a project having such big names as Kiccha Sudeep and Prem, who is arguably one of the best directors in the Kannada film industry today.

"The story's one line thread has been approved by Kiccha Sudeep for which Prem will be working the whole story and script.  Right now he is busy with the release of his own film "Prem Adda'  which will be releasing shortly.  After the release of the film, Prem will be working on this project. He will be writing the script and dialogues along with lyrics for some songs also.  I am sure he will be discussing with Sudeep on each development he makes in the script.  I am thrilled after hearing  with the one line story of the film' says Chandru who made success films like "Annaiah', "Karpoorada Gombe' and others.

I have some big hits along with some big failures. My last film "Eno Onthara' became a big flop. But after hearing this story line from Prem, I am sure that I am making a big venture which will also become a big blockbuster hit' says Chandru.

Chandru feels besides the crazy combination of Kiccha and Prem, the story is also exciting and he feels will go very well with the audience.

Kiccha will be working with K.C.N. Kumar in a film which will be launched on March this year.  (After Sudeep completes his CCL commitment playing and leading the  Karnataka Bull Dozers team,

Though Kumar wants Kiccha to direct this film, Sudeep has been non committal so far as to getting a director for this film.