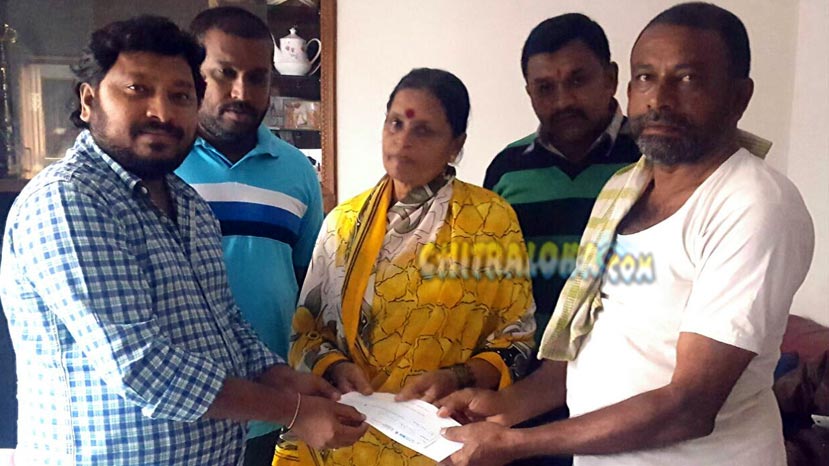 Director-producer R Chandru on Tuesday morning donated one lakh rupees each to the families of Anil and Uday who died last month during the shooting of 'Mastigudi'.

R Chandru is all set to start a new film called 'Kanaka'. Vijay will be playing the lead role in the film and R Chandru had also signed Anil and Uday for prominent roles. However, both died during a mishap. R Chandru not only has done his bit by donating money to the families of both the actors, but is also planning to name the characters as Anil and Uday in the film. Whoever, will be replacing them will be named as Anil and Uday.

The song recording of the film will start from 14th of December. Naveen Sajju is the music director of the film.