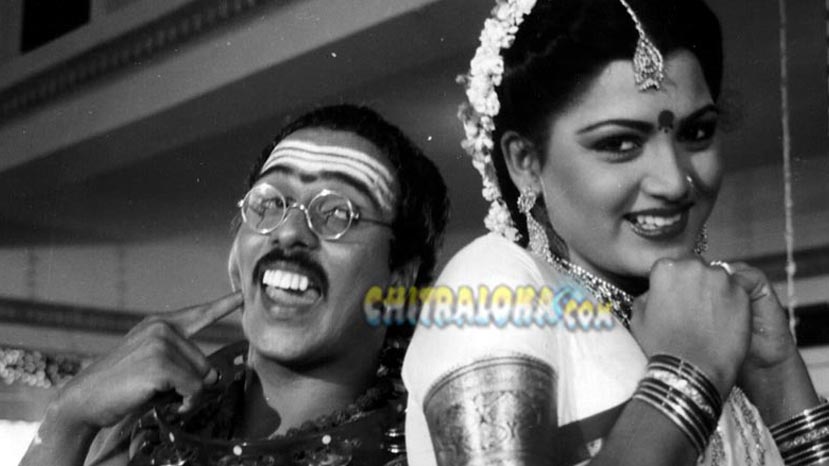 Crazy Star Ravichandran starrer Anjada Gandu was a super hit movie in 1988. Veteran director Renuka Sharma was the director for Anjada Gandu and Hamsalekha was the music director. Movie was produced by BN Gangadhar under the banner ANS Productions. Ravichandran, Khushbu, Umashri, Ashok badaradinni and others have acted in the movie.

Now producer Gangadhar is getting ready to re release Anjada Gandu movie on December 2nd. Speaking to chitraloka, Gangadhar told `Anajada Gandu is now with a new print with 5.1 sound. We had kept this movie for release and since there is no new movies getting released on 2nd we are releasing Anjada Gandu.

Even though this movie has come in television people would love to watch this in theaters.