Ramya In Trouble In TN Along With Nagarahavu- Exclusive 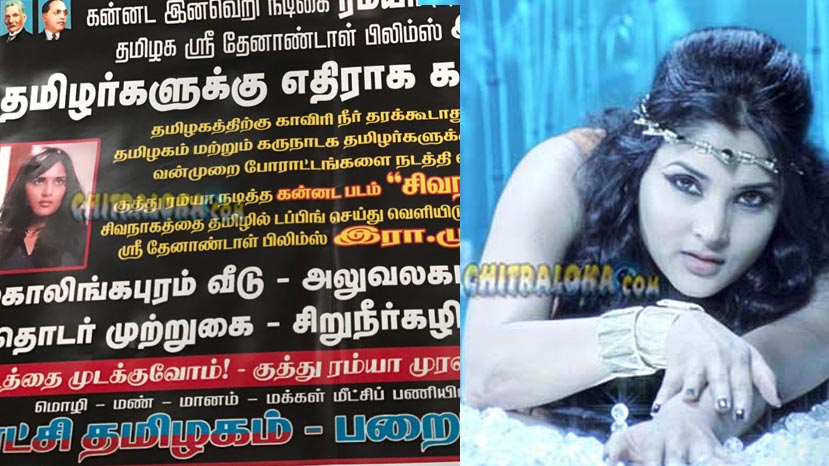 Since Ramya is a Kannadiga her film should not release in Tamil Nadu the organisations have announced. The film is titled Shivanagam in Tamil. The film was announced to be releasing in 1,100 theatres in all three languages. But with trouble erupting in Tamil Nadu it is to be seen if the Tamil version of the film released.