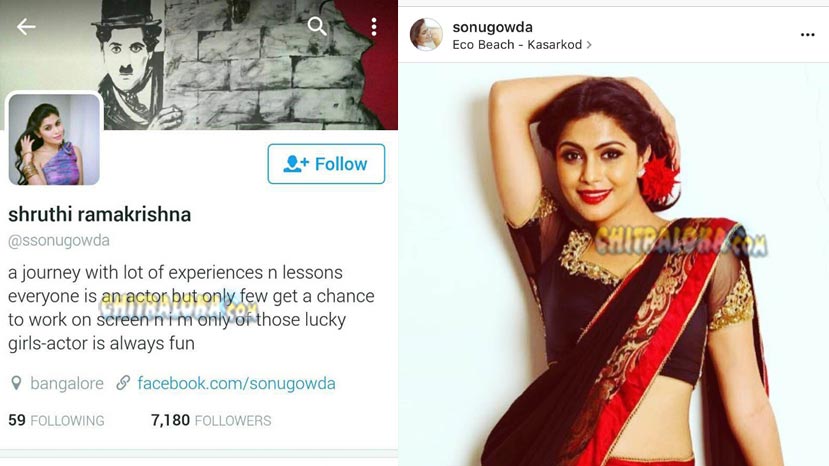 sonu goes back to original name

Actress Sonu has gone back to using her original name Shruthi Ramakrishna. Sonu was the nickname of Shruthi who made her debut in the Duniya Suri directed film Inti Ninna Preetiya. At some point Sonu became Sonu Gowda.

For all these years she was either referred to as Sonu or Sonu Gowda and she called herself Sonu Gowda in her public online profiles. But she now seems to have a change of heart. She has gone back to using her original name Shruthi Ramakrishna. Ramakrishna is one of the best known makeup artistes in Sandalwood and a permanant makeup man for Ambareesh.