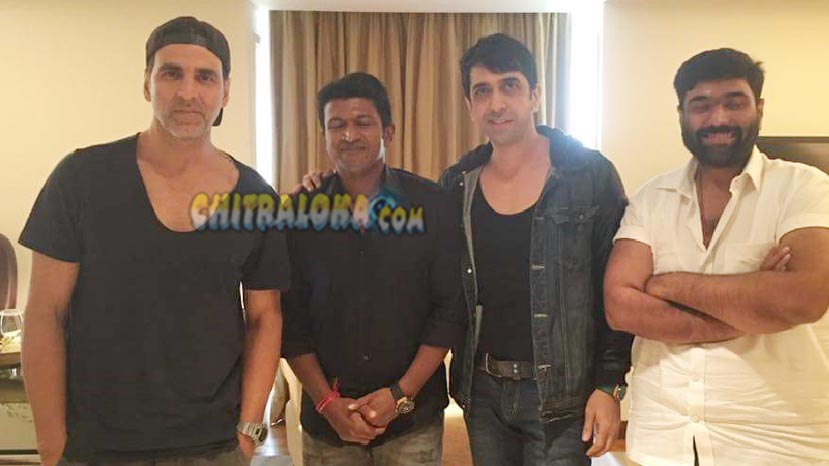 Nanda Kishore met Akshay Kumar on a professional basis it is learnt. Nanda is said to be planning a film to be made in Kannada and Hindi. Akshay has acted in two Kannada films early in his career with Dr Vishnuvardhan. Is he returning to Sandalwood is the million dollar question that is kept a secret for now.