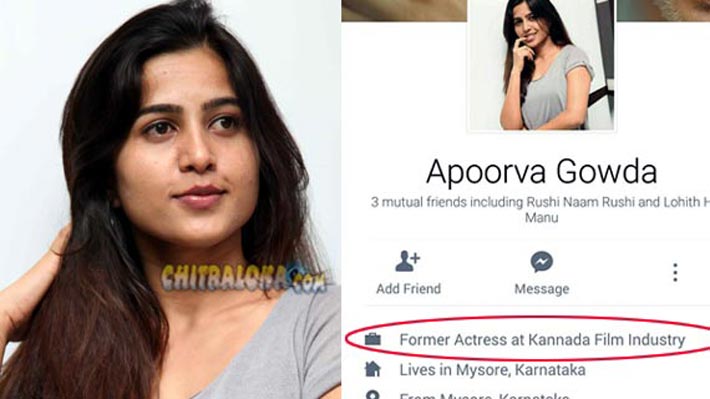 It has been only a few weeks since the release of Ravichandran's film Apoorva which also introduced the actress Apoorva to films. Her identity was kept a secret for over a year since the film started and only revealed sometime before the film released.

That was Ravichandran's way of building suspense about the new actress. Just when after a launch in a big film, actors look for new opportunities,  Apoorva seems to have hit a different note. On her social networking account she has begun to call herself a "former actress at Kannada film industry." Does that mean she is leaving Kannada films or acting altogether or if it is just a mistake status update is not known. But the actress has certainly drawn attention upon herself which was squarely on Ravichandran since the film released