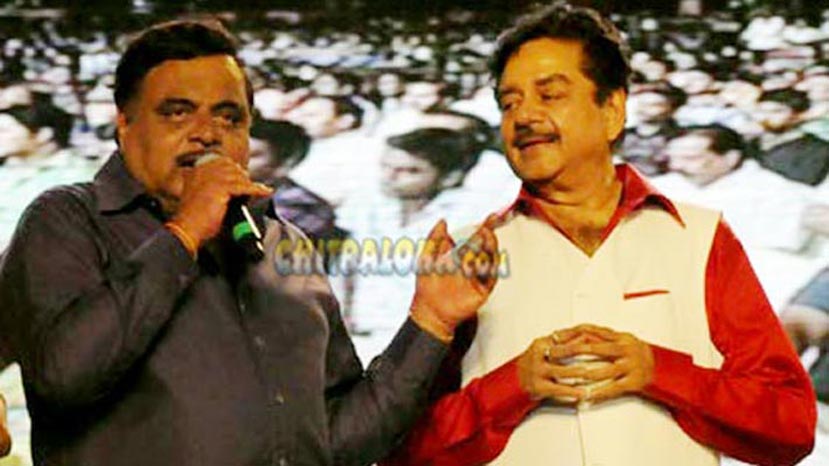 Bollywood actor Shatrugan Sinha's biography Nothing But Kamosh written by columnist Bharathi Pradhan is ready for release. It has a Sandalwood connection. Rebel Star Ambareesh who is a close friend of Sinha has contributed to the biography by revealing details of his friendship with Sinha. Though Ambareesh and Sinha belong to two opposing political parties their relationship is not affected by it. Other top Indian actors who have contributed to the Bihari Babu's biography include Rajinikanth and Amitabh Bachchan.

Both Ambi and Sinha are known for their no-nonsense talk not only in their films but also their politics also. They have never refrained from calling the spade a spade even it went against official positions. They always remained their own bosses.

So it will be thrilling to see what two rebels reveal about their friendship.