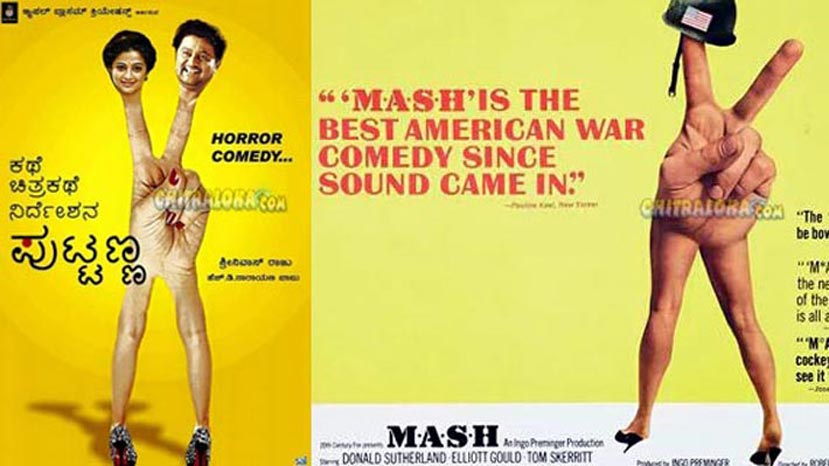 A new poster of Komal's new film, Kathe Chitrakathe Nirdeshana Puttanna, has become popular online with the actor promoting it. The poster shows a hand suggestively designed like a female body. The faces of lead actors Komal and Priyamani adorns two fingers in a victory sign.

The netizens however were quick to point out that the design closely resembles that of the Hollywood film poster of MASH. This is not the first time that a Kannada film poster's origin to a foreign film has been pointed out.

Lucia's poster was also claimed to be inspired by a foreign film which though the makers denied. But let us not forget that it is not a unique phenomenon. Dozens of posters of even top Bollywood productions have been inspired by Hollywood.

Even Shah Rukh Khan's Ra-One poster showed very close similarity with a Batman film poster. Finally it is the content of the film that will determine its success.