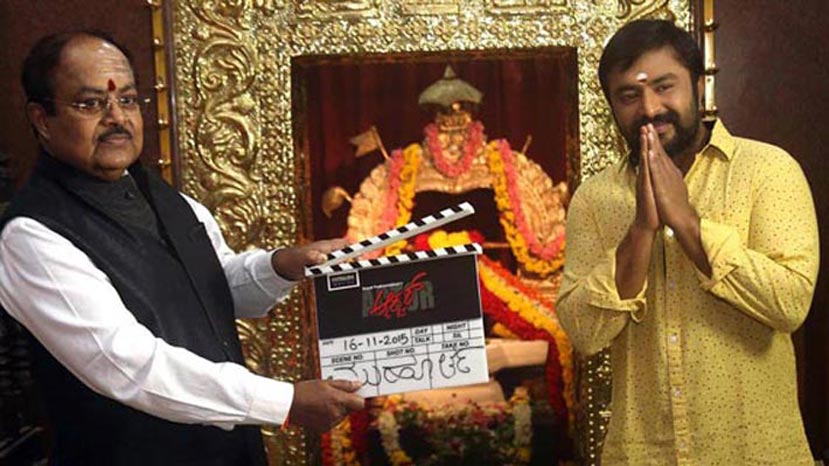 Senior actor Srinivas Murthy clapped the clap board for the first shot of his son Naveen Krishna's new film Actor today. Naveen Krishna said it was the first time his father clapped the board for his film. But Srinivas Murthy announced another shocking fact. He said "I am in the film industry for 40 years now. Not just for my son's film but I had not held the clapboard for any film all these years. This is the first time for me as well. I cannot give reasons for this. No one asked me so far and I never got the opportunity. That's all."

This fact came to light only much later today when Chitraloka editor, KM Veeresh, who is also the producer of the film, called him to thank him for gracing the muharat function held on Monday morning.

Srinivas Murthy is a veteran, one of the few lead actors of the Rajkumar generation still active in films. This group is a small one but the pride of Sandalwood that includes among others Sudharshan, Rajesh and Anant Nag.  It is a big surprise that one of these veterans and legends of Sandalwood has never been in the pride of place in a film muharat.

One of the most important celebrating time of a film is its muharat. The person who wields the clap board for the muharat shot is the chief guest for all practical purposes. When unknown people without any contribution to Kannada film industry do this honour, it is also a sad reflection on how we treat the veterans of KFI who have dedicated their lives for it. Let us not forget our seniors in the industry.