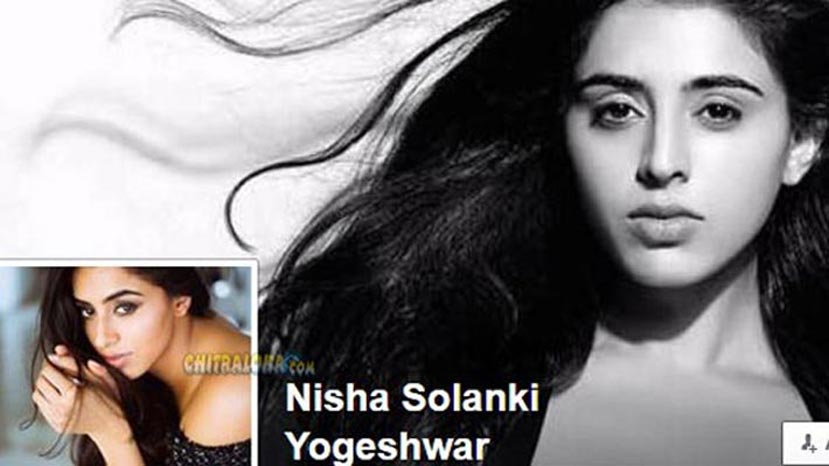 Actress and daughter of former actor and politician Yogeshwar, Nisha, seems to have got a new name. She was introduced to the film industry as Nisha Yogeshwar. Nisha made her debut with Darshan starrer Ambareesha. But she dropped out of the project after just one week.

Now based out of Mumbai she is making her debut in Tollywood and Bollywood shortly, sources say. But the surprise news about Nisha is not about her films but her name. Recently, her Facebook page started mentioning her name as Nisha Solanki Yogeshwar. She has also changed her profile name to Nisha Solanki on Instagram. This has come as a surprise and everyone is left wondering the Solanki connection.

Everyone in Sandalwood knows Nisha only because she is the daughter of former actor CP Yogeshwar who is also a popular politician and former minister. She was first seen in Yogeshwar's election campaign some years ago and suddenly burst into limelight two years ago after she was announced as the female lead in the film Ambareesha. All these years her name was Nisha Yogeshwar. Suddenly 'Solanki' which is a north-Indian surname has been added by her to her profile leaving everyone confused.