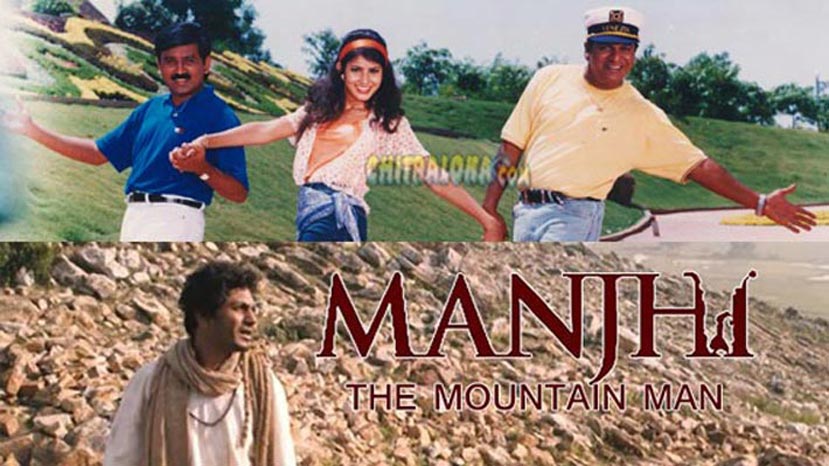 The Hindi film Manjhi The Mountain Man is all in the news these days. The real story of a man in Bihar who carved a road out of a mountain is being hailed. The adaptation of a real life story is being praised. But not many people know that even before a film was made about Dashrath Kanji in Hindi, two Kannada films have already featured his story.

Three years ago, one of the episodes in the film Olave Mandara directed by Jayateertha was about Manjhi. Even the original location was shown in the film. That is not the only one.

15 years ago, Rajendra Singh Baby in his film Bhoomitayiya Chochala Maga had a character based on Manjhi. Played by Lokesh, the character, instead of building a road through a mountain, dismantles a mountain piece by piece to build a dam. Bollywood May be taking inspiration from real life now, but Sandalwood has beaten it twice over.