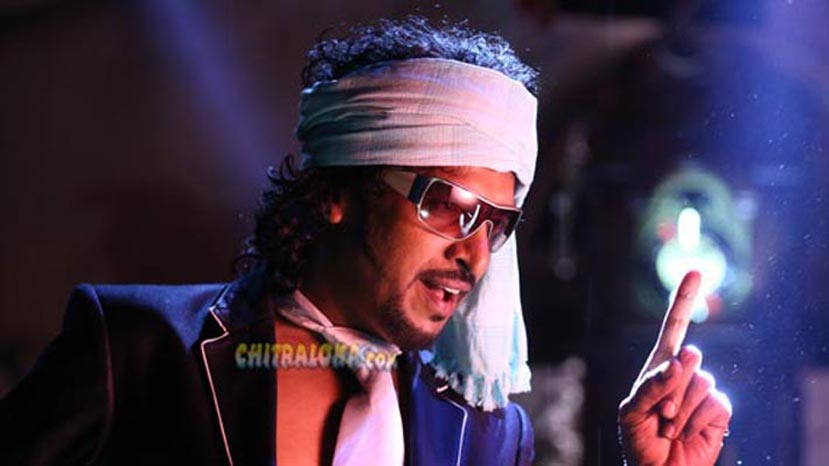 At around 2 pm on Saturday, the very second day of the release of Uppi2, the three-day collection report of the film was released. According to the information sent to the media through PRO Venkatesh, the film's three-day opening weekend collection is Rs 45 crore. This is what the information by the film team says, "250 theatres in Karnataka.

For 3 days collection of  UPPI 2 around 25 crores. 75% in Andhra. Around 20 crores. Totally 45 crores in 3 days. Kannada cinema yava language gu kadme illa..!"But it seems like an exaggerated claim. When enquired with some trade pundits in Kannada film industry they gave the collection report for Karnataka. They say Uppi2 collection is good but it may collect around Rs 10 crores in first week. They say Sudeep's recent movie Ranna was released in more theaters than Uppi2 and it collected Rs 10.75 Crores in first week.

Even Upendra's Bramha had a much more modest collection. The film's director R Chandru had given the collection report for his movie Brahma. That movie was released in 286 theaters and in the first week they got Rs 9 crores and in the 2nd week it collected Rs 2.5 crores. The satellite rights were sold for Rs 3.5 crore. The Hindi rights for Rs 25 lakh and Tamil rights for Rs 20 lakh. The Telugu rights had a demand of Rs 50 lakh but had not yet been given.

Distribution sources say that in Karnataka, Uppi2 has collected Rs 3 crore on the first day and may collect similar amounts in the next two days. But the first week gross collections will be nowhere near Rs 25 crore even in one week let alone three days.

Upendra is very much happy about the collection report of 'Uppi 2', but he does not know that many more films have already created milestones in terms of collections.

Uppi2 Competition is Om on Saturday