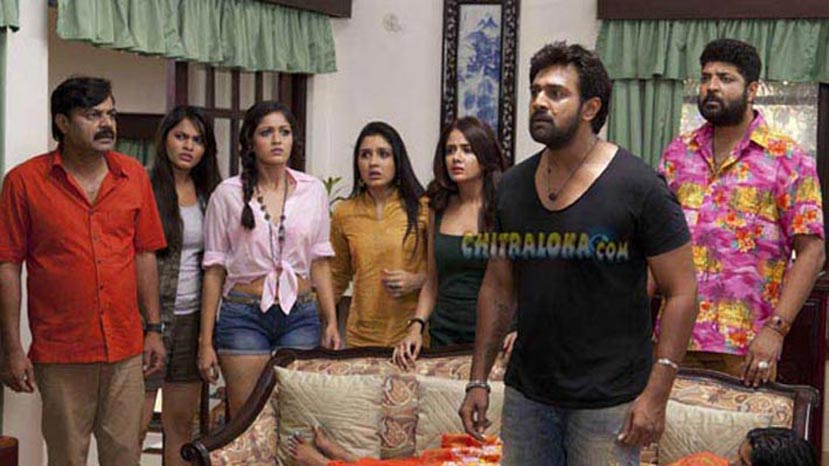 Dwarakish Chitra is banking on the Varamahalakshmi festival sentiment for its new film Aatagara. The KM Chaitanya-directed film is ready for release and would have been released a week or two ago. But the film makers held it back so that it could be released on August 28.

The reason for this being that Dwarakish Chitra's comeback film in 2004 was Apthamitra that released on Varamahalakshmi festival that year. Producer Yogish wants to therefore release Aatagara on the same festival. It is only a sentimental issue and the success of the film will ultimately depend on the how people accept it. I am more than confident about the content and its appeal," he says.

Aatagara has 10 actors with equal screen space and disregards the idea of a lead pair though Chiranjeevi Sarja and Meghana Raj are in a sense the traditional 'lead actors'.