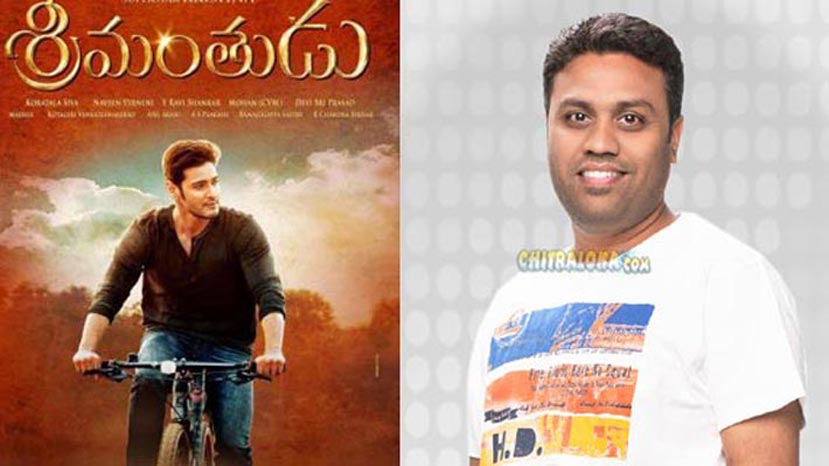 After 'Bahubali' breaking all records in Karnataka, Kannada producers are now looking for Telugu movie distribution and Bharath Jain of Mars Films has bought the distribution rights of 'Srimanthudu' and is looking forward to release the film in august.

Yes, 'Bahubali' is an eye opener to all the distributors of other language films in terms of business and the film is said to have collected more than ten crores in first three days. So, many distributors are looking forward to release big budget as well as most anticipated films of other languages in Karnataka.

In this line comes Mahesh Babu's 'Srimanthudu' and Bharath has been successful in acquiring the distribution rights of the film for Karnataka.