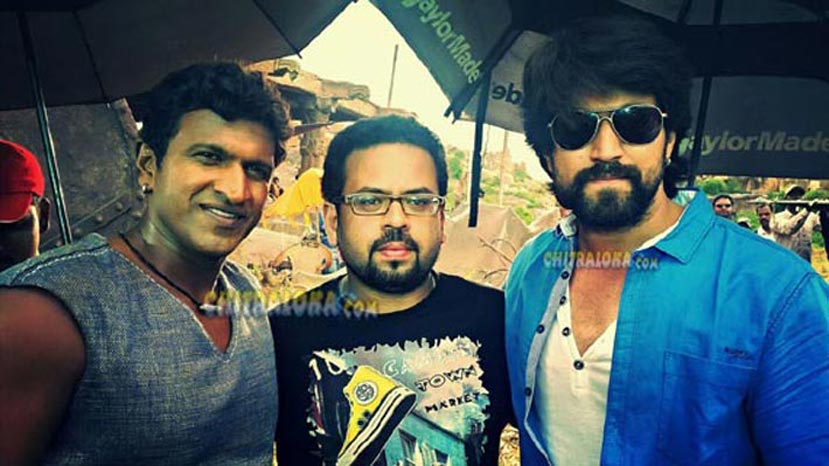 Last week there was a news that director Santhosh Anandaram who is fresh from the success of 'Mr and Mrs Ramachari' is all set to direct Puneeth Rajkumar. But during the press gathering of 'Mythri', Puneeth had said that his only 'Dodmane Huduga' has been confirmed as of then and the other projects are yet to be confirmed.

However, on Monday afternoon Santhosh Anandram himself confirmed that Puneeth has given a nod to act in his film and the film will only start by year end once Puneeth is thorough with 'Dodmane Huduga' and director Saravanan's film. Santhosh Anandram said that he has to work on the story line from now on and will be able to talk about the film only after a few months.

Santhosh even has confirmed that Vijay Kiringadoor who had produced Puneeth Rajkumar's 'Ninnindale' will be producing the film. Vijay is now producing Master Piece starring Yash.