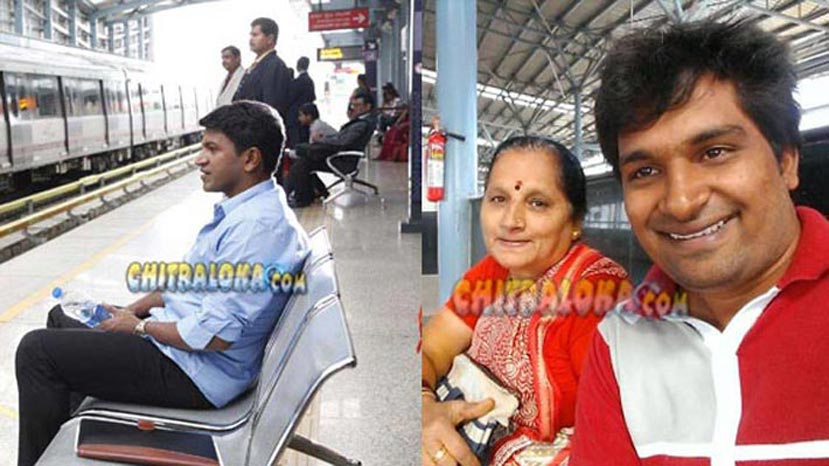 Pavan Wadeyar is starting to work on a new script. Even as he is giving finishing touches to Puneeth Rajkumar's Ranavikrama, a single line idea for a new script has emerged in the young writer-director's mind. The idea came to him from his mother. Pavan says his mother was reading an old Kannada novel which did not even have a cover. Her comments after reading the book has inspired Pavan to write a new script.

The one line that will be the base for the new story is, "If a boy is not worth for girl's trust, then that girl is not worth for boy's pure love. this is my next story line," he says. Meanwhile Pavan treated his mother to a trip on the Namma Metro in Bengaluru. Ranavikrama is the first Kannada film to be officially shot in the Metro train and station. Having told her about the Metro the mother-son duo had a jolly ride.

Ranavikrama's climax shoot was completed in Jindal factory in Ballary recently and the film team is gearing up for a foreign trip to shoot two songs. Pavan was in Mumbai earlier this week to get a visa for the same.