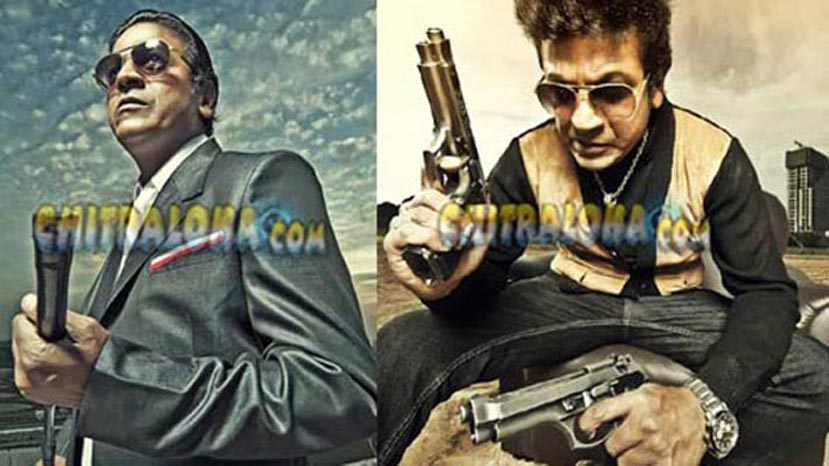 The distribution rights for Shivaraj Kumar and Raagini starrer "Shiva' directed by Om Prakash Rao and produced by K.P.Srikanth has been obtained for a huge price of Rs. 2.75 crores for the Bengaluru-Kolar-Tumkur-Chikkaballapur districts by PVL Enterprises, sources in Gandhinagar have revealed.

This price may be slightly less compared to the figures for Shivaraj kumar's 100th film "Jogi', but nevertheless it is the highest commanded price for any film of the actor so far, say Gandhinagar trade pundits.

In a chat with Chitraloka Mega Portal,  PVL Vishwanth, the major partner of PVL enterprices said that their company has obtained the distribution rights of the film.  He said association with  Kanakapura Sreenivas and K.P.Srikanth has always proved profitable for their organisation as they have benefited much from the release of films like Santha and Mylari earlier.

"We hope to make this time a big bang of a Sound as  Shiva is already touted by many people in the industry as the biggest film to be released this year' says Vishwanth.

Already the distribution rights for the Northern Karnataka area has been obtained by Kanti and his friends who had purchased the rights of  Shivaraj Kumar's 99th film "Mylaari' and made huge profits.  Kanti is confident that he can collect advances from theatres to the extent of around Rs. 80 to Rs 90 lacs.  If Gandhinagar soruces are to be believed the film's theatrical advances from Hubli (22 lacs), Gadag (Rs. 9 lacs), Ranebennur (Rs. 11 lacs),  Bijapur (Rs. 18 lacs) have fetched  the distributor more than half of the price for which distribution rights has been acquired.    Agreements have to be still made in respect of  Dharwad and Belgaum which are other major centres.

With the way things are going on it looks as if  K.P.Srikanth and Kantharaj will be left with huge table profits for the film.