Nayanthara Profle - To work in a Kannada film shortly? 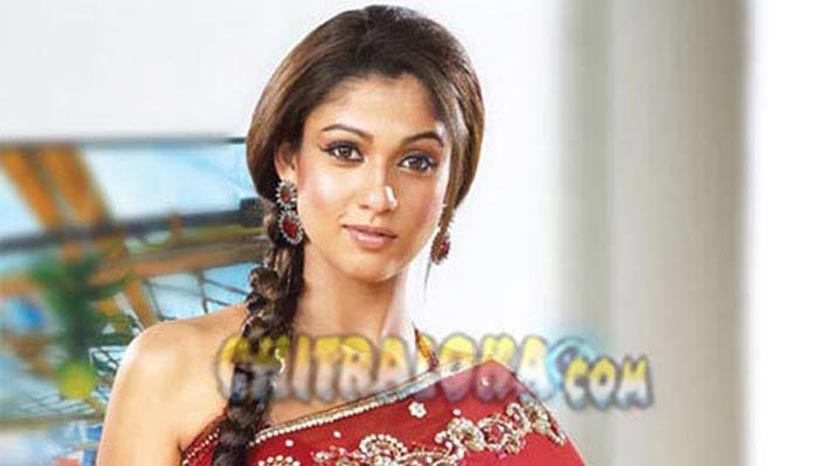 The news of the Prabhu Deva- Nayanthara split has come at a time when the film fans were expecting that their marriage date to be announced. The fact that Nayantara who had announced a few days ago that  Telugu film "Srirama Jayam' will be her last film  has just a few days ago signed a new Telugu film with Nagarjuna which is to be directed by Dasaradh.

The split between Dance choreographer, actor and director Prabhu and Nayantara has really  come as a surprise who were close to both of them. It has really shocked  the relatives of Prabhu  who had reluctantly accepted Prabhu's new found love to the Charming actress. Prabhu had paid a heavy fee to his first wife Rahmath to get his divorce, but within days of  his divorce the news is that he is moving away from the relationship with Nayantara.  Frankly  nobody in the industry  really knows what went wrong between the two.

Many reasons have been attributed to the once cosy  relationship of Prabhu and Nayan hitting a rough patch.  Prabhu's closeness with Actress Hansika who had acted with Power Star Puneet Raj Kumar in the Kannada film "Bindaas' may be one of the reasons, say sources.

However  Hansika wrote in twiter recently that Prabhu is like her elder brother and people should not misconstrue the brother-sister relationship. Everyone in the industry was aware that Prabhu Deva was not keen on Nayan doing films since they were dating and had a live-in relationship. Even Nayan had made it clear that she would call it quits from the industry as she had plans of marriage.  Now that she has signed a Telugu film for a whopping remuneration of  Rs. 1.5 crores is also followed with another news that Telugu actor Ravi Teja has assured her of another film with him.  It is known that Ravi Teja was closer to Nayan in the Telugu film industry and recently the actress had attended the birthday celebrations of the actor. . She is also believed to be a hot contender for the top seat in Tamil actor Ajith's next film to be directed by  Vishnuvardhan.

Both Nayan and Prabhu have not spoken about their relationship hitting a rough patch till now.   But it is certain that Nayan may work in films again.

Will the actress work in another Kannada film now.   Already she had tasted success in her first Kannada film Super with Upendra. Since there are many  big  Kannada films  with multicrore budgets being made now, it is easier to expect that  Nayan will still be considered to work in a Kannada film with top stars like  Puneeth, Darshan, Sudeep, Upendra or Shivaraj Kumar.

There is already news doing rounds that she may be contacted for a big budgeted Darshan film that is to be launched shortly.  But these rumours circulating in the industry have not yet been confirmed yet.

Watch this space for any exciting news in this regard.