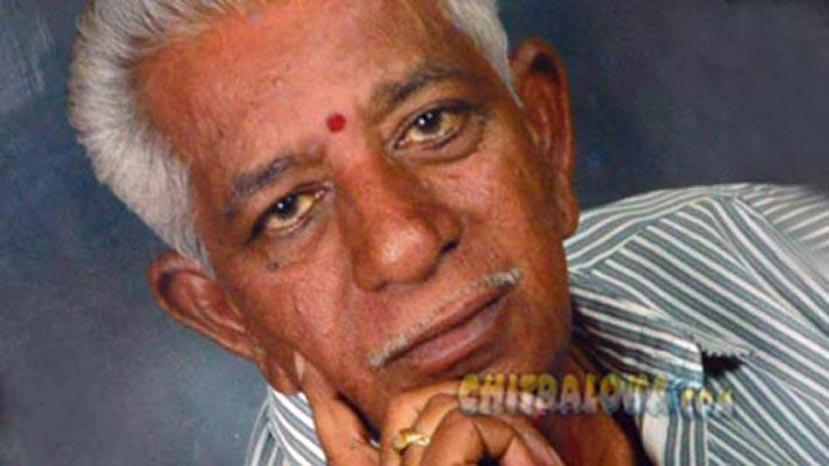 He was undoubtedly one of the most creative writers in the Kannada crime fiction.  Though he had written variety of  novels, short stories and non fiction articles, Sudarshan Desai became popular because of his many detective novels like Keralida Sarpa, Kari Naayi, Haladi Chelu, Bannadha Bekku, Apaharana, Sarpa Gandha, Vichithra Aparadhi, Ashti Panjara  and many others.  His death has removed a friendly personality from the list of my good friends and also to many people who were interested in literature and cinema.

During the late nineties, Sudharshan Desai was a regular visitor to Bengaluru when he used to visit me and my friend  and Veteran Journalist N.S.Ramachandra regularly.  I used to take him to many film producers and artists for story discussions.  At that time he used to stay at a Hotel near the then  Majestic theatre.  I used to take him in my scooter to meet directors like Siddalingaiah, D.Rajendra Babu, Bhargava, K.V.Jayaram and many others who were interested to hear stories. Later we would also go to Mangala office to meet the then editor Babu Krishna Murthy also.  He had visited my house in Rajajinagar and later in Basaveshwaranagar also.  I found him to be always active.  Once I took him to Dr. Vishnuvardhan's house to brief a story.  But some how Dada was not impressed and told him many negative points in the story.  Desai promised to take his suggestions and brief the story with a new line.

Same was in the case of  H.K.Anantha Rao who used to come to Bengaluru from Hyderabad.  67 year old Sudharshan Muthalik Desai was a voracious reader of Hindi literature.  He was influenced by many popular detective novels written in Hindi.  But his novels would always have native flavour. He was a school teacher working in Dharwad district, but his centre of activities remained in Dharwad.  He had organised the first Detective Novelists conference in Dharwad and was regularly in touch with N.S.Ramachandra to brief the developments in this regard. One thing is sure,  Sudarshan Desai brought the neglected Detective literature to the mainstream.

May his soul rest in peace.