Karibasaiah - The man behind the Kanteerava Studio 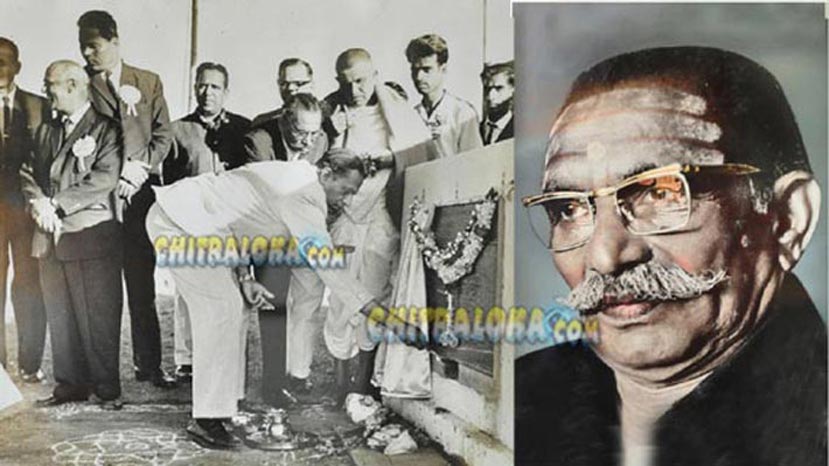 It's another centenary celebration time in the Kannada film industry. This time it is none other than Karibasaiah who is not only of the pioneers of the Kanteerava Studio but also a very famous producer and a popular stage actor.

Though Karibasiah is attributed as one of the pioneers of the Kanteerava Studio, he was a producer who had produced films like 'Anna Thangi' and 'Rani Honnamma' starring Rajkumar in prominent roles. Karibasaiah is also known for his association with 'Nataka Ratna' Gubbi Veeranna during his youth days. Karibasaiah acted in many of the plays of Gubbi Company.

Karibasaiah who knew the problems faced by the Kannada producers thought of building a studio in Bangalore. He convinced 115 farmers and secured a 17.5 acre land near the Bangalore-Tumkur highway and thought of building a studio which would be convenient for the Kannada film producers. Along with the support of K V Shankare Gowda, Dharmasthala Ratnaverma Heggade, Patil Puttappa, Puttanna Kanagal, G K Mallappa and others he started the construction of the Kanteerava Studio in the late 60s.

Though the studio was inagurated in 1970, the actual shooting in the studio started in 1972 after Kalyani and Kaveri floors were inaugurated. 'Takka Bitre Sikka' was the first film to be shot at the Kanteerava Studio. Apart from Kanteerava Studio, Karibasaiah also constructed a theater called Vinoda in his hometown Tiptur.