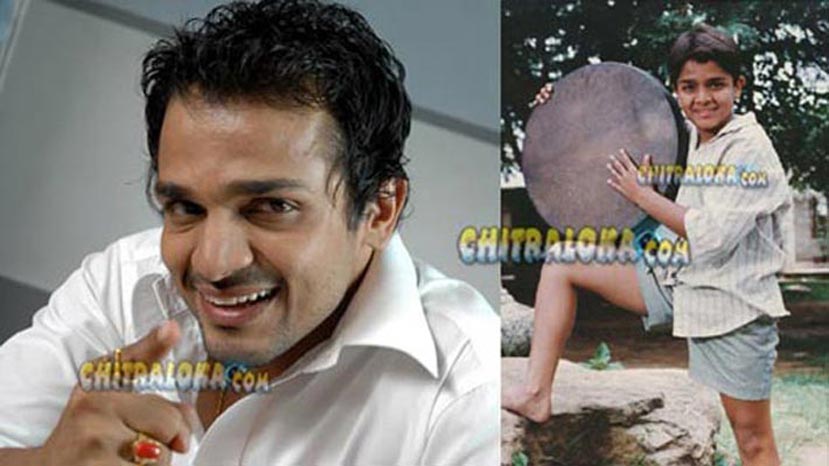 Vijay Raghavendra was considered one of the most lucky actor in the beginning and later unluckiest actors of the Kannada film industry. Despite heavy talented and good looks, the actor found it really hard because none of his films were blockbusters nor 100 day films. Now the actor has finally proved himself as the luckiest actor by winning the first season of the 'Big Boss'.

Vijay Raghavendra is one actor who has nearly 20 years of experience in this industry. Vijay entered the film industry as a child artiste through 'Sri Kolluru Mookambika'. The actor played the role of young Shankaracharya in the film. His performance in his debut film was much lauded. Later he went on to act as a protagonist in films like 'Chinnari Mutta' and 'Kotreshi Kanasu'. Both films got awards at the state and national levels.

Vijay then made his debut as a young hero in S Mahendar's 'Ninagaagi' in 2001. The film was a huge hit and Vijay went on to act in films like 'Romeo Juliet', 'Vikram', 'Rishi', 'Kushi', 'Golmaal', 'Ganesha Matte Banda', 'Minchina Ota', 'Kallarali Hoovagi', 'Karanji', 'Nam Yejamanru', 'Kalla Malla Sulla' and others. Inspite of acting with good stars and working with big directors, the actor good could not get a big hit and often termed as as the unlucky actor.

When Vijay joined the 'Big Boss' house, everybody was anxious whether he would survive at the house because of his soft nature. But Vijay has proved everyone wrong by not only surviving there but also has proved out to be a winner and lucky.