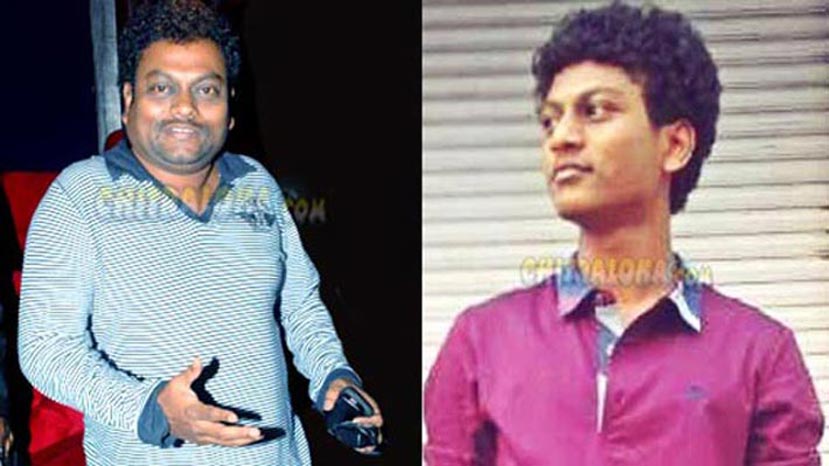 Suraag, the son of the versatile Kannada actor-director-musician Sadhu Kokila, is 18 years and 2 months old. He is making his debut as a music composer in the film Gadiyara that will be directed by Nagshekar. He will become one of the youngest music composers for films with this debut. Nagshekar said the film will be launched after his latest film Mynaa completes 100 days. The film has now completed 50 days. Though the cast of the film is not yet finalised, Nagshekar said that he wants to cast Sudeep as the hero and Ramya, Nithya or Shruti Hassan as the heroine. As of now, he is busy with the scripting the movie. Meanwhile Suraag has started work on the composition. He said that Nagshekar has already given him details of some scenes and sitiations for which he wants the music.

Suraag has been learning western classical music for the last 12 years and is part of a band called Gold Pin. Nagshekar met him when he went to meet Sadhu Kokila. He listened to some of the music composed by Suraag and immediately offered him to compose music for his film. Suraag says he has already started work and not just the tunes, but he is also creating specific ambience, background and situational music for the film.

In recent times, many youngsters have made debut as music composers. Vinaya Chandra, who composed music for Jaggesh's film Bodyguard is one of the promising composers around. His latest film is Jatayu. Another young composer, Hari, was introduced in Charminar as the composer by R Chandru.

Nagshekar says he is proud to be introducing Sadhu's son in his film. "He is a real talent and I am happy that his debut is through my movie. The sounding of his music is quite different from the ordinary. It is the kind of music that the current generation will easily come to terms with," Nagshekar said.