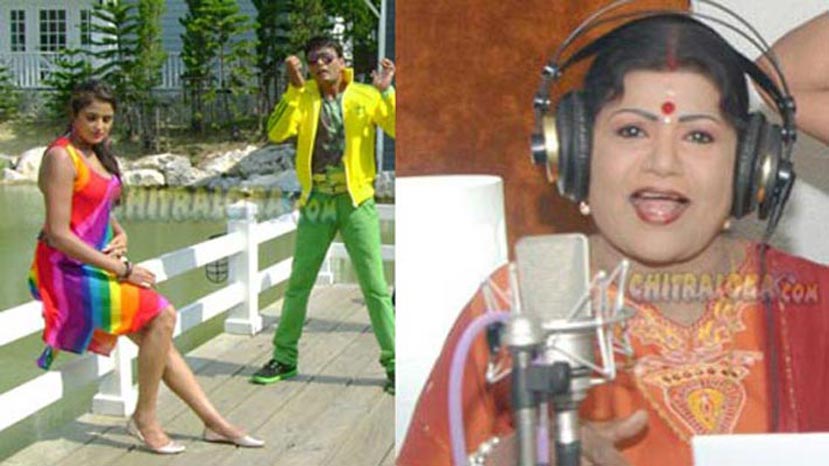 After more than 15 years since she sang for a Kannada film, veteran playback singer LR Eshwari is back. She has already sung for a song in the film 'Victory,' starring Sharan. The song has already been picturaised on Ragini using the earlier version sung by a track singer. LR Eshwari is famous for her sensuous rendering of 'cabre' songs, which are now called 'item songs.' She was actually nicknamed Love Romance Eshwari by veteran Tamil director K Balachander. Her original name is Lourde Mary Rajeshwari.

Producer Mohan Chabria, who is also the owner of the Anand Audio company said that they roped in LR Eshwari first as a novelt measure. Since it has been a long time she has sung in Kannada, there was bound to be some exectations and the newer generation that may not have heard her could appreciate her old numbers as well, says Chabria. Though Eshwari has sung all genres of songs, it is her cabre numbers that are the most poular, not just in Kannada but also in Tamil and Telugu. She made a singing debut in 1950s in Tamil films and later sung in Telugu, Kannada and Hindi films. For 15 years, she was out of the singing world, only to make acomeback in 2011 through the Tamil film Osthi. With Victory, she has also returned to Kannada.