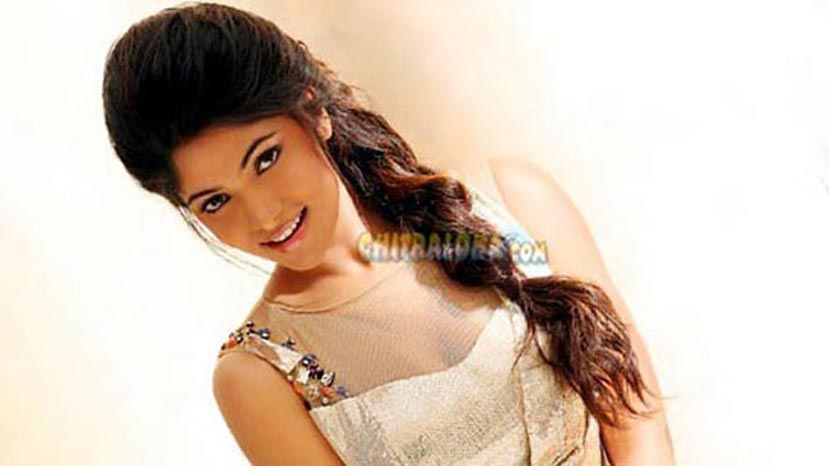 Mutlilingual actress Muktha Elsa George, popularly known as  Muktha will be the heroine of  Challenging Star Darshan in "Brindavana'. Though Karthika Nair and Vedhika were selected for the role, now comes the news that Vedhika will be replaced by Muktha in the film.  The reason as to why Vedhika was dropped or whey she refused the offer is not know.

Muktha was also known as Bhanu in the Tamil film industry.  She has acted in a number of Malayalam, Tamil and Telugu language films.  Now, with Brindavanam she will complete the distinction of acting in films of all four Southern Languages.

"I am excited with the fact that for the first time I will be playing a modern girl's role as till today I have always been showcased as a homely girl in all my films," she said. Though Muktha is delighted, the actress is equally tensed. "I have seen the original Telugu version and feel confident about recreating the magic of Samantha' says Muktha. She says she will be part of the big muhurath of the film on February 16, which is incidentally the birthday of Darshan.

Incidentally Muktha has also learnt about the Super Star status of Challenging Star Darshan.  "I have heard from my friend Navya Nair that he is a big star.  She said it would be a good opening for me in the Kannada film industry if I make a debut in a Darshan film' says Muktha.

Muktha  started her career as a television serial artist and then switched on to film industry. Her first film was Achanurangatha Veedu released in 2005. She later acted in a Telugu film titled Photo along with Geetanjali and Anjali..She made her successful entry into Tamil film industry through the film Thaamirabharani opposite Vishal. She later starred in some Malayalam films like Nasrani and Goal.