Kalpana Pandit Has Roots in Nanjanagud 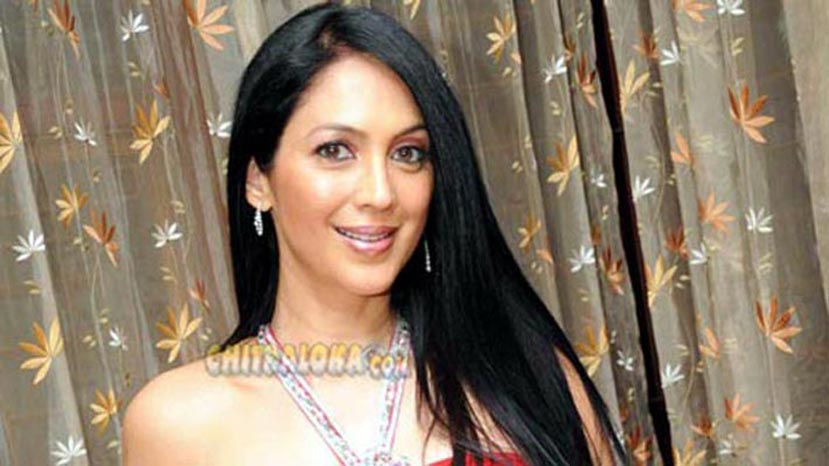 She came, She spoke and She conquered. Kalpana Pandit who has completed the emergency medicine course in USA and works for a Hospital there has passion for films. She is now the heroine of Sandeep Malani directed film "Janleva 555' which is produced by the actress herself under the banner of Pandit production house. Addressing the press meet organised for promoting this Hindi film in Bengaluru, this Kannada girl gladdened the hearts of media persons when she spoke in pure Kannada and explained her background. She has roots in Nanjangud being the relative of Dixith family which has started the famous Nanjanagud tooth powder and other Ayurveda products.

'Being a doctor is my profession and working in Cinema is my passion' said Kalpana Pandit and said that she is a game for Kannada films if a right opportunity comes her way.

Besides Kalpana Pandit, Jaleva boasts of the presence of another Kannada actor Anant Nag. Kalpana had already acted in a short film "Jo Jo Laali' a film which created awareness about HIV patients. "We are releasing the film Janleva on October 19 and hope to get a large scale support from Kannada Press. I am well rooted in Karnataka' said Kalpana Pandit speaking in chaste Kannada. Kalpana Pandit said that top Hindi actress Sreedevi who had seen the film had appreciated her performance in the film. "I am an avid Sreedevi fan like my director Sandeep Malani. I cannot forget the moment that Sreedevi called me to congratulate me on my performance' said Kalpana Pandit.

He said many Bollywood personalities who have watched the film spoke in appreciation about the film. "I am happy with the results' said Malani.