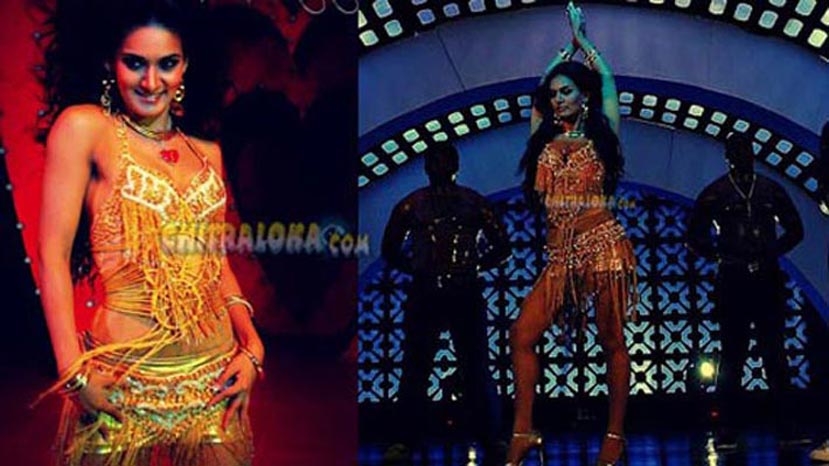 An item song was picturised recently for Upendra and Bhavana starrer Topiwala directed by M.G.Sreenivas(RJ Sreeni). The film is being produced by K.P.Srikanth and has Hari Krishna to provide the music for the film.

Major poritons of the film shoot has already been comleted for this film. Recently an item song featuring Mukhti Mohan was picturised for the film.

She was part of the winning team 'Masakali Girls'. She also appeared in a comedy show on Sony TV channel called *Comedy Circus Ka Jadoo with Kapil Sharma as her comedy partner, replacing Kavita. Kapil Sharma along with Mukti won this show.

22-year-old Mukti comes from a talented family, where in her sisters Neeti and Shakti are creating waves with their singing and dancing talents and now Mukti is here to prove to the world her skills as a dancer.

Mukti is a fresher in the television circuit. She has acted in the documentary film called Blood Brothers, which was directed by Vishal Bharadwaj in 2007. She was also seen in commercials of Max New York Life Insurance, Reliance Mobile, Sony Erricson, ING Vysya Life Insurance and others. She has also filmed a video for Disney Channel.

Mukti is a trained dancer in Bharatnatyam for 9yrs along with other dance forms such as Jazz, Ballet and Hip Hop for about 5yrs. She is currently working as an instructor for Bharatnatyam at Terence Lewis Academy. Despite of being a fresher is a confident girl about making it big in the industry.

She is fun loving, hard working and dancing is her passion.