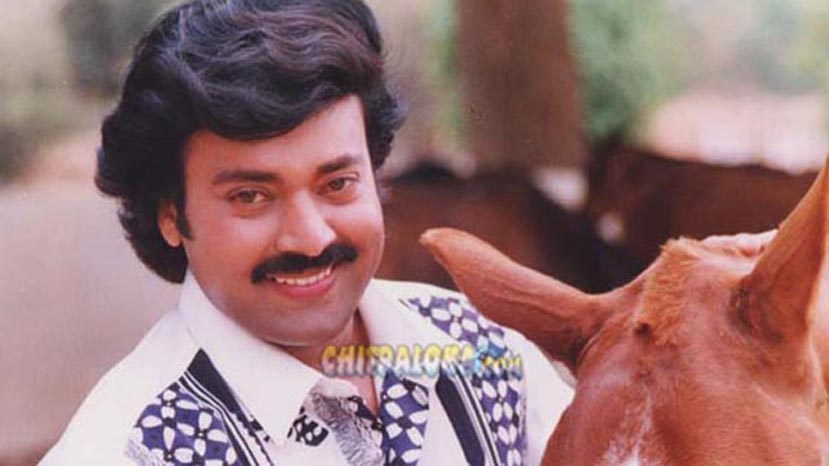 Catapult in the professional career quite often take place. The arch light career is tempting, teasing, tomfoolery and tiring. All these one has to undergo to get transition and tranquility in life. Look at Dhanush the come back hero. He had acted in nearly 50 films in Telugu as Rajkumar, made a small and unsuccessful stint in Kannada in six films as Rajkamal and moved from here for six years to make it big in 25 Telugu television serials. Now he is back as Dhanush to Kannada and intends to start second innings with energy intact.

With popular televisions serials like Vidhi, Mano Yagnam, Sukha Dukkalu, Pavithra Bandham, Kalisundam Raa, Idhu Kadha Kaadhu he is a house hold name. He has earned the satisfaction of roles which he was not able to get hold in big screen so far.

In Kannada as Rajkamal he has acted in films like Kempu Mugilu, Aadi Baa Araginiye, Jeevana Raaga, Hrudayanjali, Davva Davva and took a break for six long years.

What is the reason for him to come back to Kannada again? He has a special attachment to Karnataka as he studied his Civil Engineering for five years from 1984 to 1989 knows Kannada and also knows that the action sentiment films have got very good drawing here.

Has he not got the Job and ‘Jobu’ (as put in by senior journalist) satisfaction?

He has got variety of roles and his bank balance also increased working from 9 am to 9 pm. Film reaches the masses. It is glamorous. The songs and fights are the major attractions that are not found in small tube.

I have completed all my assignments in small screen and looking for offers. Whether it is negative role or positive I don’t mind says Dhanush who has similarities in looks to that of Chiranjeevi and actor Karthik of Telugu and Tamil films respectively