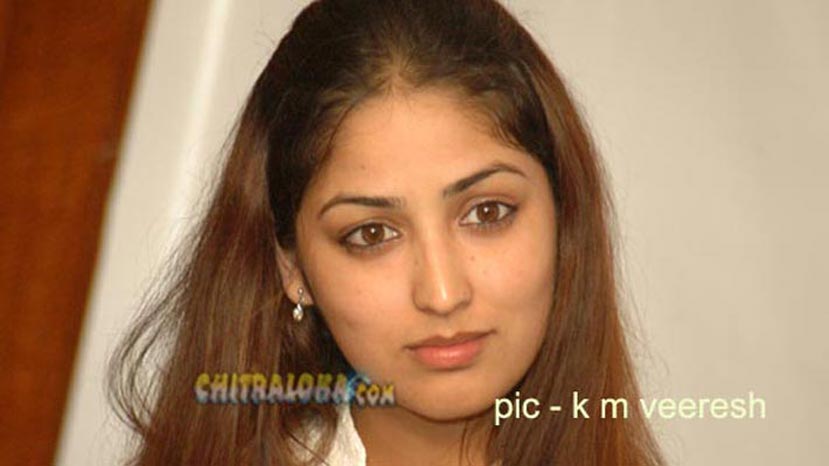 Television actress Yami Gautham is lucky enough to be the heroine of Golden Star Ganesh in the film Ullasa Uthsaaha for which shooting is now busy progressing in Hyderabad. Yami wished to pursue a career in the IAS, but destiny had different plans for her. In a world of fantasy this Chandigarh-based girl has already worked in well known teleserial ’Raajkumar Aaryyan', a serial scheduled to go on air on February 6.

"The serial showcased a heroic journey dotted with obstacles. A magical adventure, it promises to be different," says 18-year-old Yami who has enjoyed her first sting as a heroine of a big budget Kannada film.

A student of YPS Mohali, Yami was selected in the auditions by NDTV and offered the lead role. “I was excited about the role as it is a 'decent' offer," says the young actress whose father Mukesh Gautam is executive producer of Zee Punjabi and Zee News.

"I take life as it comes," says Yami who is now pursuing her studies in Mumbai. Shooting for the teleserial had been a joyful experience for her. She says she enjoyed the exotic locations of Rajasthan. "I perform several stunts and sword duels. The story is a foray into the life of a young prince and his mentor Bhootnath, played by Shahbaz Khan of Chanderkaanta fame." said Yami.