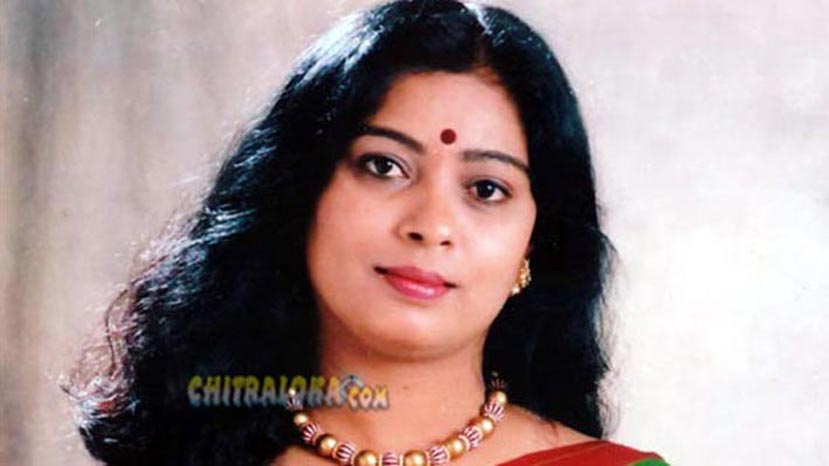 Popular supporting actress Malathi Sardeshpande is very busy actress in small screen, films and theatre. She is the glamorous ‘Maa’ of Kannada ‘Cinema’. The level she wants to reach has not yet materialized. Her time sense and studious approach in Kannada film ‘Namma Basava’ moved the director Veerashanker and she has been given a role for the director’s next Telugu film. There are two more offers for Malathi in Tamil.

She has acted in 17 films and she is the mother of almost all young heroes of Kannada cinema. She is also known as ‘All the Best’ Malathi because she staged in many of the 305 shows of the play with her husband heading the team. Look at four mega television serials on air of this beautiful lady – Kadambari, Naku Thanti, Nannavalu and Suryavamshi – all these are in between 3 and 7 pm daily in Udaya and ETV Kannada. She in the role of Devadasi, a doctor, disenchanted mother, a womenfolk a vamp etc in small screen. She is playing good roles in Namma Basava, 7 O’clock and Sakha Sakhi Kannada films that are on floor.

The role Malathi looking for is that of what Kiron Kher did in ‘Devadas’ starring Shahrukh Khan, Aishwarya and Madhuri Dixit. She is capable too to perform with same zeal and enthusiasm. A supporting character should get a meaty role she says. At present Malathi is so busy that she is working for 16 hours a day in the arch lights and she does not have time to eke out for her husband’s new attempts in theatre - ‘Mano Mani’ and ‘Sandhya Chaya’ are set for rehearsals.