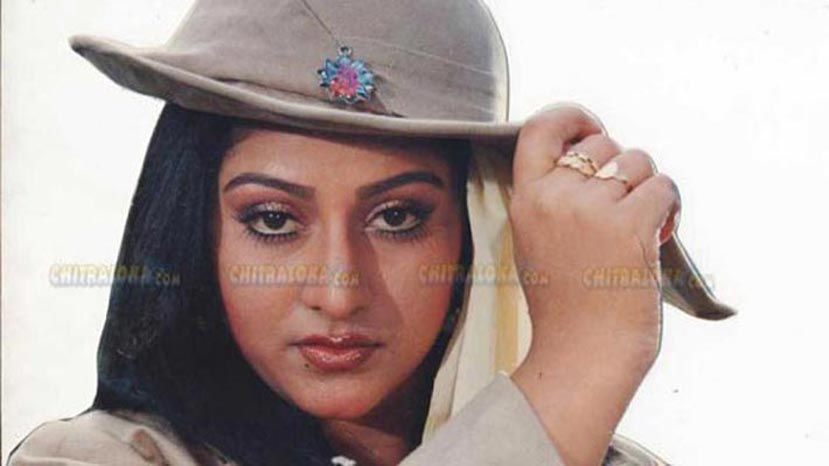 At a time when the film industry was dominated with male stars, this Durga from neighbouring Andhra Pradesh  rechristened  her name as Malashri and created a storm from her debut film ‘Nanjundi Kalyana’. The main selling point of Kannada film industry Malashri enjoyed the position of hearthrob, box office queen for  some period and it melted down as the star became too bulky in her personality and her bank balance.

With all shades in her career – glamour, pathos, action, comedy Malashri was once charging a lakh a day and working on three shifts in the kannada films industry. The producers blindly poured their money and some of them lost heavily too.

When she felt that the going is tough Malashri took rest but she became a fodder for the rumour mill in the industry.   Her ‘Monkey episode’, an affair with actor Shashikumar,  her jinxed affair with actor Sunil who got killed in a car accident in which Malashri escaped miraculously gave her publicity in one way or the other.

Way back 1997 when she figured in the key role of Producer Ramu’s ‘Muttinanta Hendthi’ she lived up to the title role in the life of Producer Ramu by marrying him. As Malashri graduated to more sensible and sentimental role people felt fed up and she took up her favorite action films on the lines of Vijayashanthi in Telugu.  A few films like ‘Lady Commissioner’, ‘Circle Inspector’ did well in the box office but such offers also reached a stagnation very early.

With ‘Chamundi’ she is back after three years of exile losing 15 kilograms of weight. The film is making a wonderful business all over Karnataka and once again Malashri in the title role of Chamundi is an action heroine. She has so far completed 75 films in Kannada, Telugu and Tamil language films.