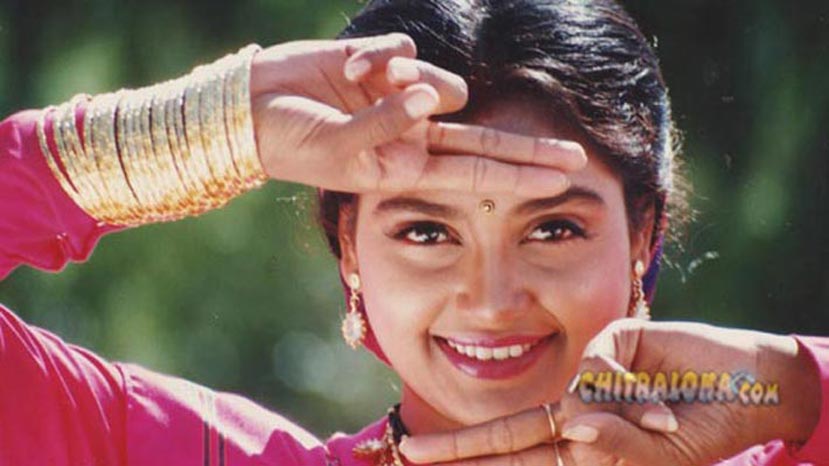 Among very few much sought-after heroines of Kannada cinema in the late nineties is Shruthi. Her tear-jerker roles gave her position in the heart of women folk.  An able actress who reminds some of the yesteryears actresses of Kannada cinema consolidated her position from the film ‘Shruthi’ a remake film made by veteran director, actor, producer Dwarakish. As Girija, as Priyadarshini  she did not  rose to limelight from a few films and  from the time she changed her name to Shruthi the stars have changed and she got continuous offers. Today she has crossed 100 films in less than 10 years of career.

Daughter of renowned stage artiste Krishna who was a contemporary of Dr.Rajkumar in those days Shruthi’s mother was also an actress Shruthi picked up watching the films by even deceiving the exhibitors in her native place.

A timid soft roles in the career of Shruthi has actually branded her. The maximum family type of portrayals in the late nineties automatically called for Shruthi’s presence and she also got bored with this branding. Setting aside glamour and pin up dresses on the screen Shruthi made some attempts to change her image. The audience she has built up also wanted her to change her image and a few of the films like ‘Minugu Thaare’ ‘Shruthi Haakida Hejje’ did not got noticed by the audience.

The talent and maturity that came as a boon to Shruthi did made up her mind to keep 50:50 ratio of crying and laughing on the silver Screen. Still the films like Hetta Karulu, Ranjitha, Karpoooradha Gombe, Thavarina Thottilu  all tear-jerker ones got her an offer in the prestigious K.Balachander’s film ‘Kalki’ and she bagged a lot of awards for her performance. Later she acted with Malayalam superstar Mammooty and back again she get only soiled films. Bored with that Shruthi kept mum from films as her fans also wanted her not to cry. One of her innumerable fans even wrote a letter saying that she will commit suicide if she continues to don tear-jerker roles. With this she became a daughter of all orthodox and sentimental families.

Two years ago she came back to tinsel town with a bang from ‘Bama Satyabhama’ and the film ‘Veerappanayana’ starring Vishnuvardhan gave her the new credibility and the film ‘Soorappa’ did not tapped the talent tucked inside this fine actress.

Shruthi did not become a fodder to the rumour mill in the Kannada film industry but her affair with director Mahender was not put straight in the beginning.  Now married to the man of her choice, Shruthi is leading a peaceful life but repents for the opposition she had to face for her marriage.

Shruthi is now in the avataar of producer and she is also playing the stellar role with her husband Mahender in the film ‘Ghatti Mela’.