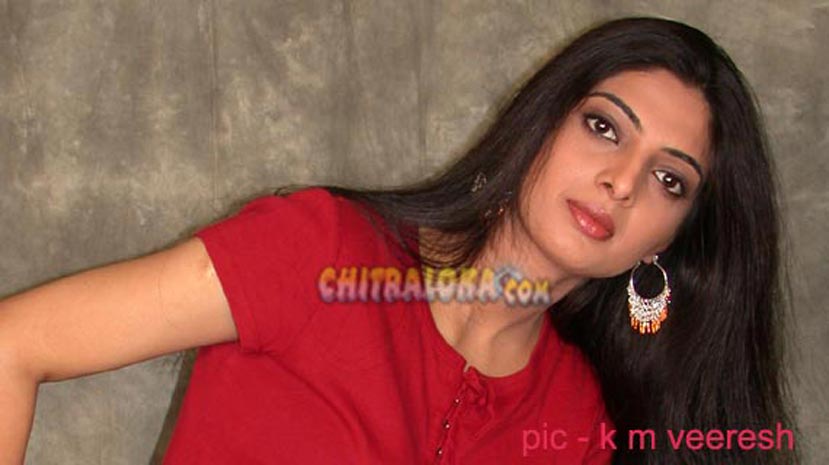 Soumya born in Bangalore moved to USA at a very young age. She did her higher schooling in New York and later completed Bachelors Degree in computer science. Right from the college days she showed keen interest in modeling. What was started as hobby that later became a passion for her.

While she was in college she got offers to work for films but completing education was on top of the list of priorities for Soumya. She has done modeling for many reputed Jewelry shows. Her hobbies include music and she is learning creative dance from Mrs. Chandra Baneerji (New York). An active member of Kannada Koota New York Soumya performed in various cultural programs in USA.

After primary education at Vani Education Society in Bangalore Soumya family was shifted to USA in 1992. Completing studies evinced interest into doing modeling. For the last 5 years Soumya is in the modeling profession.

`In US it’s very difficult to see Kannada movie says Soumya. Last movie I saw in USA was Poorvapara. Whenever she comes to Bangalore unfailingly she watches Kannada and Hindi movies.

Soumya’s father is working as a Banker, Mother is a house wife, and her brother is studying in a college. Unexpectedly this film came to me she disclosed speaking to Chitraloka mega portal. Thanks to Ramprasad for giving me an offer. I would like to do good character role, emotional ones to be precise which can bring best out of me. I am looking for challenging roles but not stereo type roles. I am not for money. Whenever I get time I will come to Bangalore. If I get a chance to act in the film I will do it without expecting any remuneration.

Glamour is a must in this art field. It has to be on your face. It is there in modeling too. But I like to wear more Indian dresses than western she says with a smile. In ‘Ms California’ film I will do my own dubbing provided it suits. Soon after this film in case offers come to me I may settle down here. But everything depends from this film says Soumya.